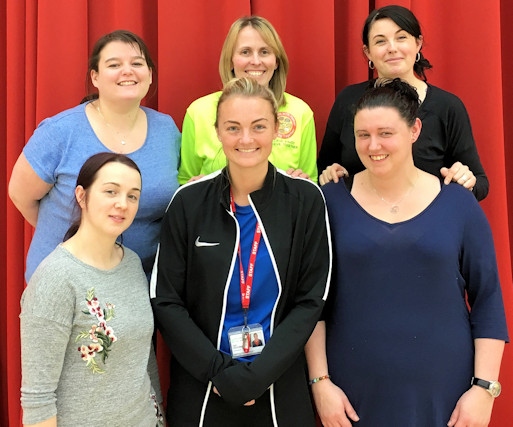 Staff at a local school have set up a football team in aid of charity for the BBC People’s FA Cup tournament on 24 February.

Teaching assistant Amy Deadman set up the team at Springside Primary Special School to raise funds for local charity, ‘Jolly Josh’, a toddler group that is inclusive of all children, but specifically for those with disabilities and special needs.

Amy said: “I only started working at the school in September and this was an ideal opportunity to share my passion for PE and school sport with my colleagues.

“I decided to enter a team of staff in the people’s FA cup as part of my work on PE and school sport at the school. I thought it would be great for us to take the opportunity to be role models for our pupils, showing you really can do anything if you put your mind to it.”

Speaking about their charity choice, she explained: “Children who live with disabilities and special needs are close to our hearts as we work with so many inspirational young people each and every day and we are hoping our participation in the people’s FA Cup can help to inspire them to believe, achieve and enjoy PE and school sport together.”

She continued: “For many of our team, this will be the first time they have ever played football: there’s a few nerves, but much more excitement and enthusiasm. The whole process of creating, growing and training as a team has been a thoroughly enjoyable rollercoaster ride of highs, laughs and togetherness and has made a huge positive impact on staff well-being.”

Head teacher and team member Melody Fierro said: “The staff football team has been a great success: I have really enjoyed practicing my new-found football skills. In addition to the training sessions, I have been working on a ‘goal celebration’ which I am looking forward to performing on the day.”