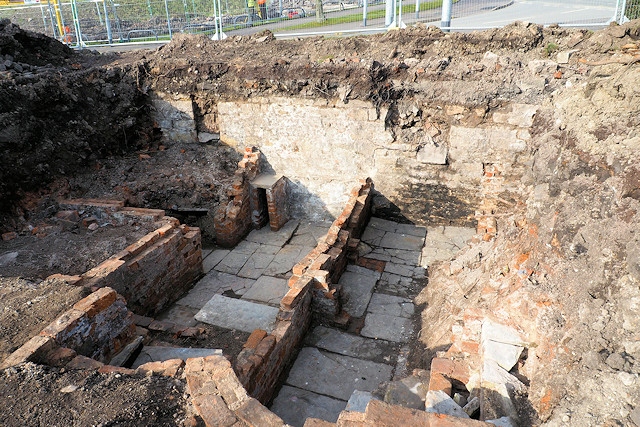 Cellars of the houses on Kelsall Street in Rochdale town centre

An archaeological dig in Rochdale Town Centre has uncovered previously demolished Victorian buildings from John Street along Baillie Street and Kelsall Street, directly across from the Mecca Bingo building.

As work got underway for the new Riverside shopping centre development, builders soon came to a halt when the three areas they dug at excavated back to back terraced rows of 19th century workers housing and a mid-19th century congregational chapel.

A supervising archaeologist from the University of Salford commented on how this project is nothing like she has ever seen before.

She said: “What we have found here is completely different to anything we have seen before.

“We have been in Rochdale for two weeks excavating some of the Victorian remains. What we came here to excavate was the remains of some back to back housing which were partially cellared and a congregational church.

“One row of houses was fronted towards Mecca Bingo (on Kelsall Street) and the others back to these (on Baillie Street) were the ones that were partially cellared.

“They had a coal chute in the wall, so the cellars were mostly, in this case, for storing the coal. We also have some nice stone staircases leading down into the cellars.” 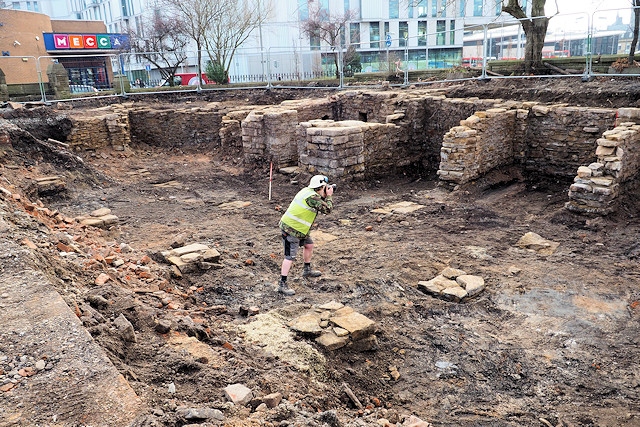 Cellar of the church that stood on Smith Street, Rochdale

The Rochdale Town Centre desk-based assessment for the use of The Rochdale Development Agency from June 2009 describes:

‘A block of housing is shown on the OS map for 1851 at the east end of the north side of Kelsall Street. The 1892 OS map depicts this as back-to-back housing with an inn at its east end.

‘This map also shows new housing to the west of the block of back-to-backs, so that the whole of the north side of Kelsall Street had then been developed.

‘This north side of Kelsall Street was marked on the OS map for 1959, and a warehouse was marked towards the western end of this block, however the whole street had been demolished by the time of the 1975 OS map.’ 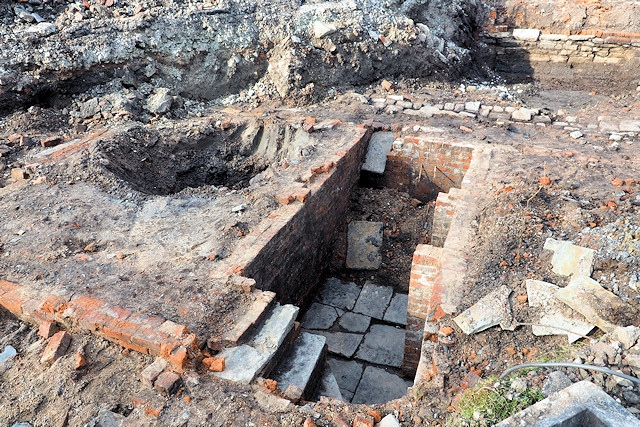 The Victorian Congregational Church, according to historic maps was built between 1850 and 1890.

The supervising archaeologist said: “This church is not shown on the 1851 map but is shown on the 1891 map, so we know it was built sometime between those dates in the Victorian period.

“Remains of the cellars can be seen, along with individual rooms along the Western wall. In the centre you can see some of the column bases which would have supported some of the upper floors and probably up to the roof as well.”

The congregational church could be Smith St Primitive Methodist Chapel, founded in 1864 and replaced by St Andrew's Methodist Church which was built in 1979.

On the third site at Baillie Street, there is evidence of the houses pre-dating the Victorian period due to the pile of cobbles in a circular foot. Mandy believes this to be a garden feature as it represents the works of a pond.

This land is documented in the archives at Touchstones Rochdale as being one singular house with a large garden in the 1700s.