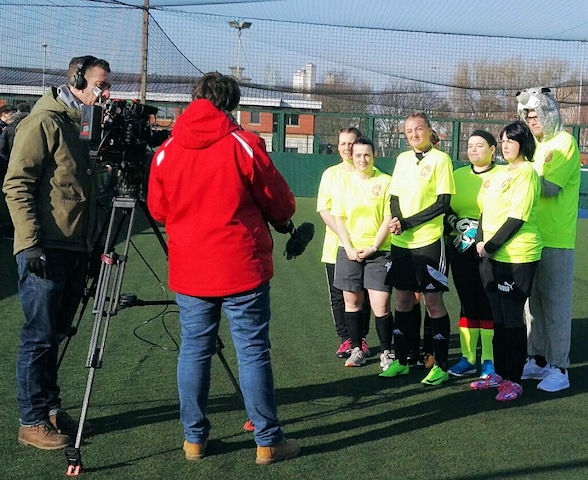 Amy Deadman, from Springside Primary Special School football team said: “Well the only goal we scored was our fundraising one and we are so proud of that.

“I have got to say we came away from the event with what I think are respectable results and we are elated to have raised over £250 for Jolly Josh.

“We all really enjoyed the day and were thrilled when we were asked to do some filming for the BBC.

“We were filmed warming up, in action on the pitch, player interviews and they even asked for our mascot to perform a dance a camera.

“A huge thank you to Kelly, Melody, Jane, Dimetra and James from Springside for agreeing to take part you were all amazing, also a special mention to Shaunna Crane.

“Shaunna is a colleague from Redwood, another local special school, she was able to step in at the very last hour to be a part of our team without any preparation or training.

“Now that is team work.

"What started as Springside staff football team's first fixture has now become a day which has included commitment and devotion from our own staff, staff from Redwood and a positive impact on the fantastic work done by all over at Jolly Josh, all of whom were so keen and excited to get involved and help out.

“As far as I am concerned this event is just the very start for team Springside.

“I have lots more in mind. Watch this space.”

Jolly Josh is a baby and toddler group, inclusive of all children, especially those with disabilities and special needs.

The group is based at Springside School, Rochdale and meets on Wednesday's from 1.15pm to 3.30pm