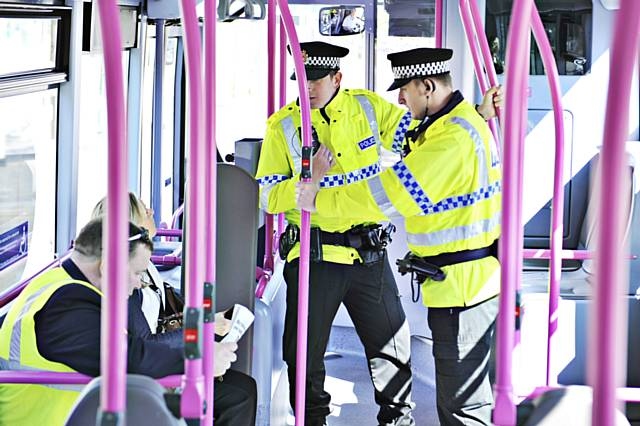 Bosses at Transport for Greater Manchester have admitted they do have problems with anti-social behaviour on the Metrolink network, particularly at stops in the Oldham and Rochdale areas.

Their admission comes as police continue their investigations into three separate incidents at tram stops in Oldham, one of which saw a man kicked in the head more than a hundred times and another man attacked with a hammer.

However, TfGM claim they do have plans in place to try and tackle the issue with increased security and systems alongside Greater Manchester Police.

Speaking at a press conference appealing for help to try and catch men involved in the attempted murder of a 49-year-old man at Freehold Metrolink Station in Oldham on 8 March, the head of the network Danny Vaughan admitted they do have an issue with anti-social behaviour.

He said: “We do have anti-social behaviour incidents on the Oldham and Rochdale line, but in fact we’re working very well with partners currently with Greater Manchester Police.

"We have a travel safe unit and we’ve increased the number of security staff that travel on the network, but we are concerned with the increasing severity that people think they can get away with something like this.”

On Friday a man had been dragged from his car and beaten with a hammer while at Derker Metrolink station.

At approximately 3am on Saturday morning, two men were assaulted at King Street Metrolink stop in Oldham, although it is unclear if any weapons were used or what injuries were sustained.

Mr Vaughan said they are committed to making the Metrolink network as safe as possible for commuters to use.

"We’re working very well with partners in Oldham for example the detached youth team to see if we can tackle some of the root causes of this behaviour.

"Unfortunately, they see Metrolink as a conduit to travel around on and we need to make people feel safer.”

In all Metrolink are responsible for 97 kilometres of track, along with 93 tram stops, with around 41 million people using the service every year.