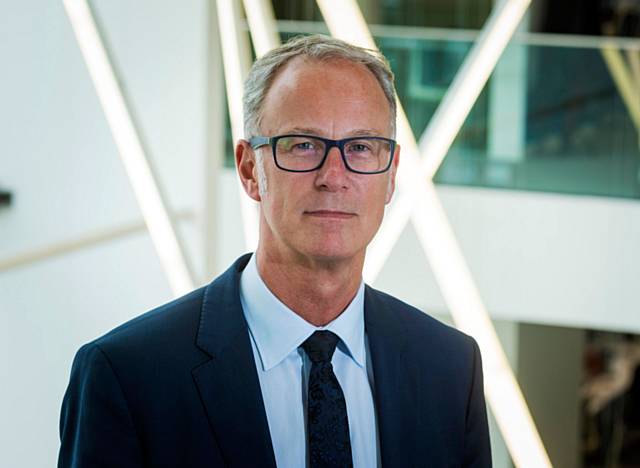 The authors of the report state: 'Child sexual abuse involving children from Knowl View occurred from its early years onwards. Within the school there was sexual abuse of boys by staff, and of younger boys by older ones. Sexual exploitation of some boys was also taking place in Rochdale town centre, in the public toilets and bus station, by men paying for sex. Some boys were also traffcked to other towns for that purpose. In a particularly shocking incident in 1990, Roderick Hilton, a known sex offender who had previously been convicted of sexually abusing a boy at Knowl View in 1984, gained access to the school and the boys over two nights, when he indecently assaulted at least one of them. Hilton was well known to the staff of the school, who did nothing over many years to deter him targeting the school. He was imprisoned in 1991 for a series of child sexual offences. Despite this, on his release from prison on licence, he continued to be a malign presence at the school, ‘little’ was done to stop Hilton’s continued access to the grounds and buildings.

'For most of the school’s existence, staff were at best complacent but arguably complicit in the abuse they knew to be taking place, and they must take their share of the blame for what was allowed to occur. It was our strong conclusion that Knowl View staff simply treated the sexual abuse between boys as ‘normal’, without differentiating between what was experimentation and what was coercive and intimidating. There was little evidence that the school appreciated the profound harm that peer-on-peer sexual abuse could cause.

'Sexual exploitation of children from the school at Smith Street public toilets was known about by the authorities from at least 1989. Indeed, some Social Services’ staff could see the toilets from their offces, recognised some of the boys as children in care and were deeply suspicious of what was going on, although there was no apparent follow-up. The records of individual children convey a total lack of urgency on the part of the authorities to address the problem and treat the matters involved for what they were – serious sexual assaults. One boy’s file recorded that he had contracted sexually transmitted hepatitis through ‘rent boy’ activities. We concluded that no one in authority viewed any of this as an urgent child protection issue. Rather, boys as young as 11 were not seen as victims, but as authors of their own abuse.'

Responding to the report, Steve Rumbelow, chief executive of Rochdale Borough Council, said: “The Independent Inquiry into Child Sexual Abuse (IICSA) report details the ways in which the victims of child sexual abuse were failed in Rochdale between 1960 and 1996.

“We acknowledge that, certainly in the case of Knowl View School, there were significant failures of leadership and management and a failure to investigate concerns in order protect children.

“While the inquiry found no evidence of cover-ups or political pacts, it is clear from its report that council officers and school staff failed in their most basic duty of care towards children.

“Although the failure to understand the risks at the time was not unique to Rochdale, the consequences of the failures for the children involved were exceptionally serious.

“The council has apologised and acknowledged that children were failed. I repeat that apology today and say again that we are truly sorry.

“The fact that we have a national inquiry into child sexual abuse is to be welcomed. A lot of what was heard during the inquiry was already known to us. In 2014 the council commissioned its own independent review into Knowl View and the evidence from that was provided to IICSA after it announced its Rochdale investigation. As an authority we have given IICSA our full support.

“We must all be vigilant to child sexual abuse and exploitation and with the police and other partners continue to strengthen our work in prevention, disruption and prosecution to keep children safe.

“The council and its partners, through the local safeguarding board, regularly review their effectiveness in protecting children against national guidance. There have been significant improvements in practice here and nationally since the time of these terrible events so people should be reassured that child protection services and society’s understanding of abuse have already changed far beyond what they were then.

“The council will now consider the inquiry’s report in full and will make further statements when it has had the opportunity to do so.”