You are Here: Home » News » News Headlines » Milnrow and Newhey Carnival celebrating 50 years with Golden Jubilee and the 60s theme 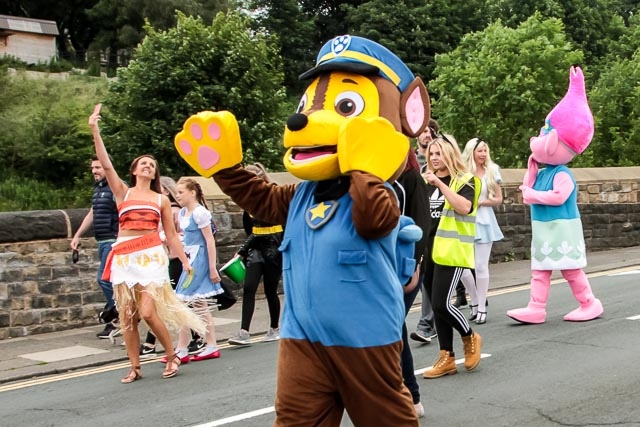 Milnrow and Newhey Carnival is celebrating its 50th birthday with the theme Golden Jubilee and the 60s.

The carnival parade promises to be an impressive sight with a record number of entries this year, thirteen of which are 45ft floats, three 27ft floats and numerous trailers, cars, dancing groups and walkers.

The event brings together the local community with a procession from Newhey to Milnrow and is followed by a fete with stalls and activities.  Stalls for this year include a variety of crafts, gardening, reiki and reflexology treatments, plus teacher appreciation gifts and festival flower crowns.

Springhill Hospice has been chosen as the charity for 2018.

The carnival committee said: "We are proud to raise valuable funds for such a fantastic charity which touches the lives of so many people. Last year nearly £1,000 was raised for Springhill Hospice in the street collection and Springhill Hospice and ourselves wish to thank the local community for their outstanding generosity.”

Milnrow Brass Band will lead the parade, with the Deputy Mayor of Rochdale.

At the park there will be a funfair for all ages, longside food and drink such as Yorkshire pudding wraps, ready-made pizza and fruit baskets, paintball and crazy golf, Kaizen-Do Karate will be holding demonstrations and Wise Owl Bird of Prey Rescue will be attending.

The committee will remember their late chairman, Paul Kettle, who died in January, with a commemmorative plaque on a bench in his honour in the park.

Milnrow and Newhey Carnival and summer fete will be on Saturday 23 June.