You are Here: Home » News » News Headlines » Campaign to revive plans for railway electrification across the North of England 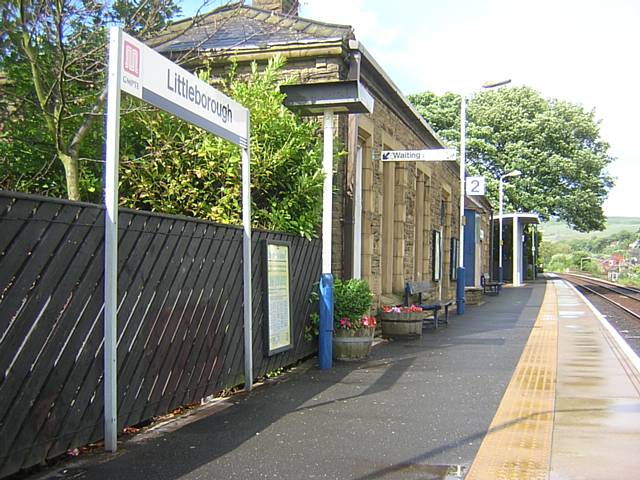 Four rail user groups have joined together in a grass-roots campaign to revive plans for railway electrification across the North of England. The groups cover the length of the Calder Valley Line (CVL), a strategic route that was ranked in top place in a report "Northern Sparks" by the Northern Electrification Task Force three years ago. The CVL links Leeds with Manchester and Preston via both Bradford and Brighouse.

The plan, born out of frustration at delays to rail schemes, is to engage support for the Charter from a wide range of local and regional environmental, business, civic and political groups.

In March 2015, the Northern Electrification Task force recommended 12 lines for electrification in an initial five year programme. Two years later the government seemed to withdraw its commitment to electrification in favour of continued use of diesel-traction in so-called bimode trains. Midland Main Line electrification was cancelled last July along with the short Windermere branch in Cumbria.

Doubt was cast over proposed electrification from Manchester to Leeds and York via Huddersfield, part of Network Rail's proposed TransPennine Route Upgrade (TRU). The government has recently announced that the TRU should start as soon as possible which seems to mean Spring next year. A number of options are believed to be on Chris Grayling's desk, which may or may not include electrification.

The Electric Railway Charter says that electrification of the Calder Valley Line would be a natural follow-on to the Huddersfield Line Upgrade.

The charter has a strong environmental focus and is a call for a sustainable railway. This rejects the idea of diesel-powered bi-mode trains as a widespread solution. With increased weight and complexity compared with either a pure electric or a pure diesel an "electro-diesel" is inherently less efficient, more costly to buy and operate and potentially less reliable. Building new trains with diesel engines potentially means the railways remaining dependent on air-polluting, carbon-burning fuel for a further generation.

The charter campaign is being coordinated by two rail-user campaigners, Stephen Waring of HADRAG and Richard Lysons, Chairman of the Friends of Littleborough Station, who is representing STORM.

At a launch event in Halifax, an audience from local groups and rail users will hear from the local MP Holly Lynch, and from environmental and transport campaigners.

Stephen Waring, an engineering graduate and recently retired teacher of science said, "Electrification is a greener form of transport with potential to vastly reduce carbon emissions compared with diesel.

"Through the Electric Railway Charter we want to unite environmental, operational, business and economic objectives in a campaign for rail electrification. After the launch on Thursday we shall be seeking to sign up a wide range of organisations in support. We want a modern railway that provides an alternative to congested roads, and one that fully plays its part in improving air quality and combatting climate change. We hope the TransPennine Route Upgrade will include electrification and we believe the equally strategic Calder Valley Route will be a natural follow on scheme.

"The Calder Valley Line has many functions. It is a commuter line for workers and students; it is a community line for residents, school pupils and families; and it is a tourist trail with vast potential as it goes through beautiful Pennine scenery and serves fascinating places such as the fantastic Piece Hall in Halifax.

"We accept the argument that some difficult sections for example through tunnels may be left unwired. But we say the gaps should be filled by trains with sustainable onboard energy storage, not by diesel traction that can never be truly clean. Battery technology is advancing led by renewables development and the move, ironically, towards electric road vehicles. Rail needs to keep up.

Richard Greenwood, Chairman of STORM said: "The quicker acceleration and smoother braking on electric trains would be ideal for the Calder Valley line with its frequent stations between Manchester and Leeds. STORM was originally formed to save the Oldham Loop between Manchester and Rochdale, but now our efforts are focused on improving this crucial part of the railway network and public transport system in the north of England.

"This is an issue that goes across constituency and party-political boundaries. Every day rail passengers travel along the line in overcrowded, aged and inefficient trains. If electrification is good enough for passengers in the south east, then why not for the millions of people who live in our region?"

Richard Lysons, historian, retired teacher and community rail advocate, added: "We are being told that electric cars will be the future, but will we be driving our electric cars to railway stations in order to still get onto a diesel train in ten years time? If the Northern Powerhouse is actually to mean anything to Calder Valley passengers, electrification is the only answer. We cannot wait for HS3 as that will take decades to happen. It's not just about getting to work or getting between the bug cities as fast as possible. We want to see a clean and modern railway that's attractive to the whole community.

"We urge local and regional groups whether concerned with the environment, business, culture or politics to sign up in support of the charter."

Stephen Waring added: "There has been talk recently about hydrogen powered trains with a launch this year in Germany.

“However, in terms of widespread use this is still unproven technology with only tentative developments in the UK. What's more, hydrogen power is not necessarily carbon free because much current hydrogen production is by steam reforming of hydrocarbon fuels with carbon dioxide as a secondary product. The range of hydrogen-powered trains in the UK may be limited by constricted space within the British railway loading gauge to carry the hydrogen tanks. The fear is that the dubious promise of hydrogen trains is just an excuse not to put up wires.

"HADRAG was formed in 1985 to campaign for opening of the Brighouse line. We saw success in 2000 and have been in continuous engagement with rail and transport bodies ever since. The Electric Charter is potentially the biggest campaign we've ever done."

The new campaign, called the Electric Railway Charter, is to be launched in Halifax: