You are Here: Home » News » News Headlines » MP calls for “much more to be done to tackle ME”

MP calls for “much more to be done to tackle ME” 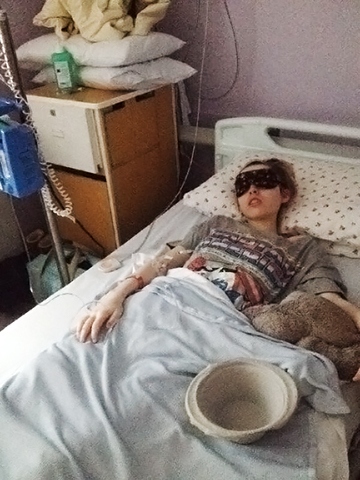 Liz McInnes, Member of Parliament for Heywood and Middleton, has called for “much more to be done to tackle ME” during a three-hour debate about the debilitating illness at Westminster Hall on Thursday (21 June).

The debate, led by Carol Monaghan MP (SNP, Glasgow NW) and Nicky Morgan (Con), heard numerous accounts from MPs about Myalgic Encephalomyelitis (ME) and its effects on those who suffer it, and how much more needs to be done to raise recognition, diagnosis and treatment of this severe illness.

Liz McInnes MP raised the heartbreaking case of Merryn Crofts from Norden, one of only two people to have ME stated as the cause of death.

Earlier this year, a coroner ruled that 21-year-old Merryn Crofts, from Norden, was the youngest person to die from the illness after a six-year battle with very severe ME.

Liz McInnes MP said: “ME is such a misunderstood illness, as the sad case of Merryn Crofts from Norden demonstrates.

“Merryn Crofts was my constituent and lived in Norden. I spoke with her Mum, Clare, this week who told me that the reports about Merryn in the Newspapers didn’t really cover the whole of Merryn’s condition.

“After speaking with Merryn's mum Clare and taking part in the Westminster Hall debate today, it's clear to me that much more needs to be done to tackle ME and to help those who suffer its awful symptoms.

“Among other things, we need to invest more in training for our Doctors, especially General Practitioners who are the clinicians likely to be the first port of call for those suffering with ME – our GPs need to have the skills to be able to recognise the signs & symptoms and to signpost patients to the appropriate specialists.”

Addressing the debate, Merryn's family added: "It was a momentous day for ME as the Scottish MP Carol Monaghan raised a three-hour cross-party parliamentary debate about it. It was an amazing debate with much support and hopefully the start of change for people with ME.

"It was especially poignant for us as yesterday was the one year anniversary of Merryn’s funeral and so lovely on that day to hear Carol Monaghan speak Merryn’s own words at the start of her opening speech. We’re so proud our darling girl is still helping to bring change and stop the continued abuse of people with ME.

"These were Merryn’s words that Carol so beautifully read out: 'Having Severe ME is like being trapped in your own body every single day. There is no rest, you are bedbound all day every day.

"'It snatches the most simple things away from you, like being able to wash yourself, even in bed. Being cared for in every way possible. In terrible pain, from everything. Not being able to talk on the phone or have visitors and feeling worse saying no every time someone asks again.

"'Months and months in hospital. Severe infections. Breathing problems. Low immunity. Problems anywhere and everywhere in the body. Paralysis. Severe hypersensitivity. The list is endless and, if I was physically able to type, I would carry on. Spread awareness and remember all of us and all of those who have lost their lives.'"

Despite being recognised by the World Health Organisation as a neurological disease, and a report from the Chief Medical Officer of Health calling for more research and a network of hospital-based clinics, many doctors still don’t know how to diagnose and manage ME.

Lack of research means that there aren’t any effective forms of treatment, despite quality of life studies revealing the level of disability experienced with ME can be just as great as many other serious medical conditions, including cancer and multiple sclerosis.

While some people with ME do improve over the course of time, it is only a small minority that return to full normal health.

A spokesman for the ME Association, which campaigns to make the UK a better place for people with the illness, said: “ME is real. It’s devastating. It leaves people, at best, struggling to work. At worst, it leaves them enduring a tortuous existence, a living death, where they are unable to take their place in society.

“More than 250,000 people - and 250,000 families - are affected by this devastating disease and it is not before time that this horrendous illness has been debated in parliament.

“We are extremely grateful to Carol Monaghan MP for securing the debate - but in truth, the hard work starts now. One in four are so severely affected that they are housebound, bedbound, and in some cases unable to shower, clothe, or feed themselves.

“People are taking their lives because they cannot bear the torture this illness brings. Others describe themselves as rotting behind closed curtains.

“This is a completely unacceptable situation for a disease, costing the UK economy around £3.5billion in lost taxes, healthcare and benefit costs.

“There is no cure - and the longer it will take to find one unless funding dramatically increases.”

For more information on ME, or to donate towards medical research, visit: