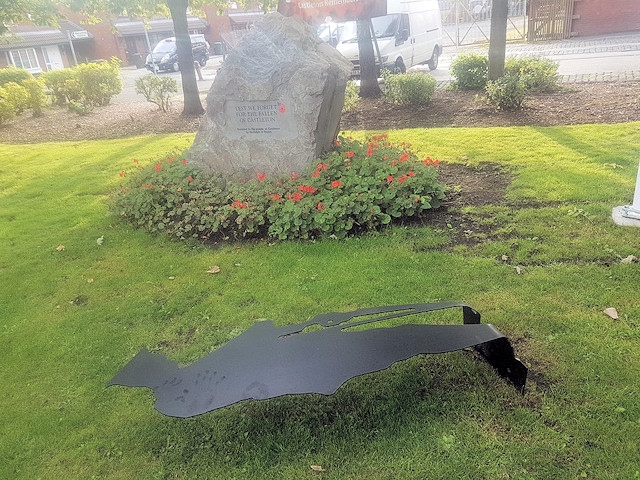 The newly-installed soldier silhouette at Castleton’s war memorial has been vandalised.

The soldier, erected as part of the Borough’s commemoration of the First World War centenary was kicked over and bent some time before Thursday (30 August).

Fortunately, no lasting damage has been caused as Paul Ellison, who helped create the memorial, managed to restore the soldier to his previous glory.

Martin Taylor, head of environmental management at Rochdale Borough Council, said: “Our well-loved soldier silhouettes were installed at various locations across the borough to commemorate the end of World War One and those who sacrificed their lives for our freedom.

“I am appalled at the disrespect shown to our soldier at the newly-created Castleton war memorial. The display was added so that the people of Castleton have a place to remember their fallen from World War One and this abhorrent, mindless vandalism is saddening and unacceptable.

"The soldier in Jubilee Park, Middleton, was also pushed over in a similar fashion just after installation. I am sure the people of Castleton and Middleton will, like us, want those responsible for the damage to be pursued and held to account.”