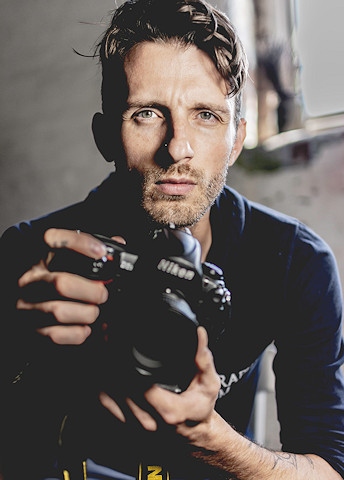 Matthew Patterson, of the Photography Emporium

A determined wedding photographer from Newhey maintained his professionalism and resilience on the morning of one couple’s big day, despite a break-in at his studio that very same day.

Matthew Patterson, of the Photography Emporium on Two Bridges Road, had been scheduled to photograph a wedding in Marsden on Saturday 15 September, before joining his family in Wales for a weeks’ holiday.

Arriving at his studio that morning, he discovered that the doors had been smashed open, before realising that all his camera equipment, laptop, other small items and his bicycle had been stolen.

Mr Patterson, who has been shortlisted as a finalist in this year's English Wedding Awards, said: “It appears from local CCTV that it was one individual. Not only was I in a state of shock due to the burglary, but also because I was scheduled to photograph a wedding in Marsden.

“I was absolutely frantic, trying my utmost to either locate equipment or another photographer whilst dealing with the police and also getting my studio safe and secure.”

Fortunately, he was able to source camera equipment and photograph the wedding as planned.

He added: “I really did not want to let the customer down and despite all that had happened, I managed to capture their day.  I had informed them of the break in and reassured them that I would still be attending.

“The bride and groom were over the moon and absolutely loved their photographs.”

Mr Patterson added: “The whole event was an absolute nightmare, me being without my family due to annual leave, me being broken into and not having any photography equipment to photograph the wedding.

“It was amazing to hear from local photographers sympathising with my situation and offering their equipment, etc.  It really restored my faith in society after such a terrible event.

“It is times like this that show how resilient you have to be and no matter what is put in front of you, you always have to make sure that the service you offer is the service you deliver despite what the world throws at you.”

"Matthew had arrived at his studio that morning to discover he has been burgled and his equipment was stolen.

"He called and assured us out wedding would be unaffected, and he would get to us somehow. He borrowed equipment and arrived at the time planned.

“His professionalism, where others would have given up was incredible. He was fantastic on the day and we are so grateful to have had him there. His communication and advice throughout the whole process has also been second to none.

“I honestly don't have words to recommend him enough.”