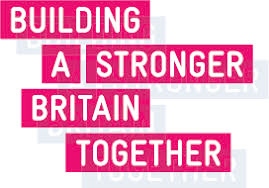 Building a stronger Britain together

Rochdale Connections Trust is one of just 80 organisations to be awarded funds from the home office, under the Government’s ‘Building a Stronger Britain Together’ initiative.

The monies will be used to educate service users about various forms of extremism (including agendas of the far-right extremists and Islamist extremists), the tactics and strategies they use to engage and recruit people, the harmful effects this can have on diverse communities like Rochdale, whose residents endeavour to live together peacefully, and to impart the ability to challenge and reject these approaches.

People’s perceptions of Rochdale have been negatively affected over recent years: the grooming scandal, alongside a worsening socio-economic situation and an increase in refugee and asylum seekers arriving in the Town have all contributed to fuelling a rise in extremist narratives, leading to suspicion and mistrust amongst our different communities.

Rochdale Connections Trust will deliver a programme that is designed to challenge and dispel ill-informed beliefs, work to prevent individuals being recruited into groups who hold extremist and hateful views and to ensure that cohesion and integration of communities living in Rochdale continues to improve.

Established in 1997, Rochdale Connections Trust is an independent voluntary organisation offering a lifeline to young people, adults and families who are finding life difficult in some way.

A range of services is provided by fully trained staff and volunteers, including young people mentoring, female and male ‘Freedom Programmes’, literacy and numeracy courses and parenting courses, to name but a few. The trust also works with other local services.