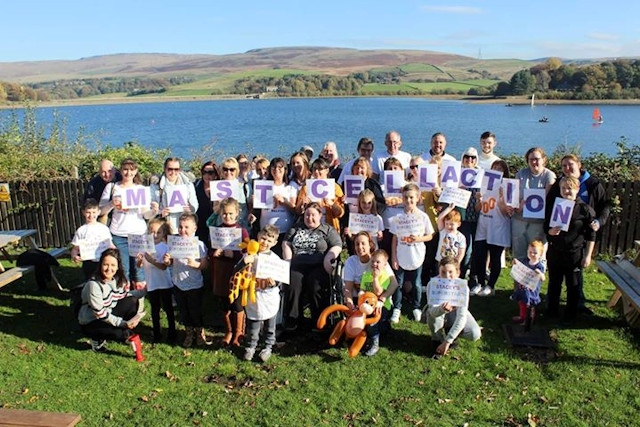 The walkers, supported by Stacey, raised well over £800

A walk to raise awareness of Mast Cell Activation Syndrome (MCAS) has raised hundreds of pounds for charity.

MCAS sufferers’ immune systems become hyper sensitive and they react to all sort of normal things, often with a very limited diet and unable to go out much as they are sensitive to environmental triggers.

The walkers, supported by Stacey, raised well over £800 for the Mast Cell Action charity, which supports those with mast cell diseases.

Stacey said: “The day went brilliantly. 46 people came and two even brought dogs with them. “We raised just over £317 for the charity on the day. Thank you to each and every one who has donared, and those who took time to attend on Saturday."

Two and a half years ago, Stacey was well and working, ran her own home and had a good job. Following a suspected ear infection and prescription antibiotics, her lips and tongue swelled up.

After a B12 injection and large doses of antihistamines and steroids, she began to react to all kinds of things, also experiencing an anaphylaxis-like episode, admitting her to hospital before spending weeks taking steroids and antihistamines to try and control her symptoms.

Since then, Stacey has had reactions to the scent of oranges, bleach and perfume amongst other items, triggering all sorts of symptoms, such as flushing, itching, swelling, mouth ulcers, extreme fatigue, joint pains and breathlessness.

Fortunately, Stacey found a private doctor that could join all the dots for her peculiar symptoms, and was diagnosed with Mast Cell Activation Syndrome, based on her unusual but characteristic symptoms, presentation and positive test results.

Whilst diagnosis brought relief, Stacey takes a range of medications to aid her symptoms, and struggles to walk, regularly relying on a wheelchair.