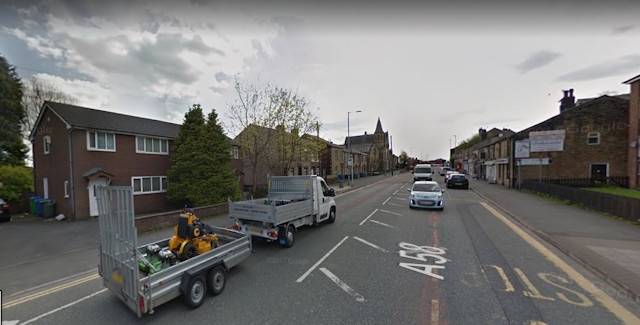 Routes between Rochdale and Littleborough could end up ‘gridlocked’ under a new major housing proposal, concerned residents and councillors have claimed.

Rochdale Council is currently consulting on its draft allocation plan – which will determine how land is used for homes, employment and infrastructure over the next 10 years.

In the Pennines this includes 150 houses at land off Dye House Lane, in Smallbridge, 174 properties at the former Azko Nobel site and 53 new homes at land off Durn Street, in Littleborough.

The total number of homes proposed for for the area is nearly 1,000 including Sladen Mill in Halifax Road and the old St John’s Playing Field in Wardle.

The draft - which prioritises brownfield sites - has been put together following an initial public consultation last year.

But Littleborough residents who already suffer heavy congestion and tailbacks during their daily commutes believe the proposals - which form part of the council’s local plan - could bring their town to a standstill if implemented in their current form.

And elected members have suggested a relief road should be considered.

Zoe Attwood has lived in Brown Lodge Street, Littleborough for 11 years and says she has noticed a ‘marked increase in traffic’ over that period.

The 35-year-old works in Bury and, although the most direct route home would be through Rochdale, she takes a detour via the M66 and M62, which she finds quicker despite being the long way around.

However, Littleborough is used as a diversion when there is an accident on the M62, and Mrs Attwood says this route can mean it can take an hour from the motorway to getting home.

She added: “We simply will not cope with extra housing. Our infrastructure cannot support it. The longest part of my short commute home is sitting on the roads into Littleborough.

“I can’t imagine what would happen if more vehicles came to the area. During our very pleasant summer the lake was rammed with visitors and the roads clogged up. The level crossing failed and there was only one round the lake. It caused chaos for a full afternoon. “

Mrs Attwood says she would consider moving if the housing plans  were to be given the green light without a major relief road and additional services.

She says the area does not have the road infrastructure or enough doctors’ surgeries or schools to take the impact of the additional housing.

And she adds that a new relief road would have to be built to make the plan workable.

“The roads we have got are historic roads, I suppose,” she said. “They are just not built for the sheer volume of cars we are getting on them.”

Her comments were reflected in remarks made by Wardle and West Littleborough councillor Rina Paolucci at a meeting of the Pennine Township Committee, following a report on the allocations plan.

She said: “I can’t stress enough how serious this is, all these properties going into Littleborough, there is only the A58, there’s no other way to get there unless you go there via Milnrow and vice-versa.

“How many houses can we cope with? The traffic is nose-to-tail every morning, every afternoon and every night. It just gets worse and worse. We have to have another road if we’re going to continue looking at these houses.”

Fellow ward councillor and Tory group leader, Coun Ashley Dearnley, believes a relief road through the valley may not be possible because a possible route considered in the past has now been built upon.

But he says it would be possible to link up Albert Royds Street and Dye House Lane  to alleviate congestion on Halifax Road.

Councillor John Blundell, who represents Smallbridge and Firgrove for Labour, is of a similar mind.

Talking to the Local Democracy Reporting Service, he branded the allocations plan a ‘dog’s dinner’ and said the council should take a ‘holistic view’ to planning for the next 10 years.

He said: “What I’m more concerned about is if you keep building around the fringes it just puts more pressure on existing infrastructure. “

Councillor Blundell added: “Traffic problems in that area are not going to get better unless something sizeable is done, like a new relief road.”

The consultation, which can be accessed via the Rochdale council website, runs until midnight on Monday, November 5.