You are Here: Home » News » News Headlines » Teenager jailed for murder of a stranger

Teenager jailed for murder of a stranger 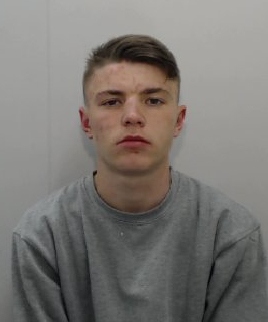 A man who killed a stranger in an alcohol fuelled rage in Rochdale has been jailed.

Nathan Bradbury (02/02/1999) of no fixed address was sentenced yesterday (Tuesday 6 November 2018) at Manchester Crown Square to life in prison after pleading guilty to the murder of 25-year-old Matthew Shaw.

He will serve a minimum of 16 years before being considered for release.

His friend, Kaylen Perry (28/05/1999) of no fixed address, has been sentenced to three years in prison after pleading guilty to assisting an offender.

On the evening of Wednesday 9 May 2018, Bradbury was drinking at a friend’s flat on Melrose, Rochdale when he became involved in a drunken confrontation with two men.

After the confrontation was broken up, many people left the address before Bradbury stepped outside and started arguing with a group of friends who were socialising in the flat below.

He walked back into his friend’s flat seething with anger and grabbed a kitchen knife. In the meantime the group that he had been arguing with walked out of the building and gathered by some nearby football pitches.

A short time later, Bradbury came storming out of the building and on his way towards the football pitches he confronted Matthew Shaw, stabbing him once in the chest.

Matthew then staggered close to the football pitches where he collapsed.

Bradbury fled the area but was arrested later that night when he returned to the scene of the crime with blood on his face.

In the aftermath of the incident, Perry took the murder weapon from Bradbury and disposed of it in an effort to cover his friend’s tracks. Although the murder weapon has never been recovered, Perry’s actions were captured on CCTV where he can be seen carrying a knife.

Senior Investigating Officer Bob Tonge, of GMP’s Major Incident Support Unit, said: “Nathan Bradbury is a violent man who flew into a drunken rage and was clearly looking to take his aggression out on somebody that night.

“The events that followed have left a permanent hole in Matthew Shaw’s family and they continue to feel his loss to this day.

“Although it won’t bring Matthew back, I hope the fact that the man responsible will now spend at least the next 16 years in prison will bring his loved ones some comfort and the feeling that justice has been served.”