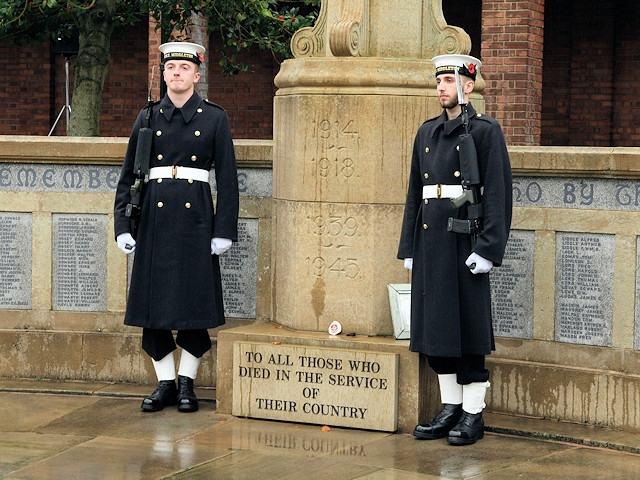 Middleton​ Remembrance Sunday parade on Sunday 11 November set off from Long Street to the Middleton Garden of Remembrance led by the Middleton Band with the crew of HMS Middleton parading and providing a guard of honour at the memorial.

The service was attended by representatives from the Navy, Army and Royal Air Force, veterans and civic dignitaries, local councillors, uniformed groups, and hundreds of local residents honouring those who have made sacrifices in defence of their country. 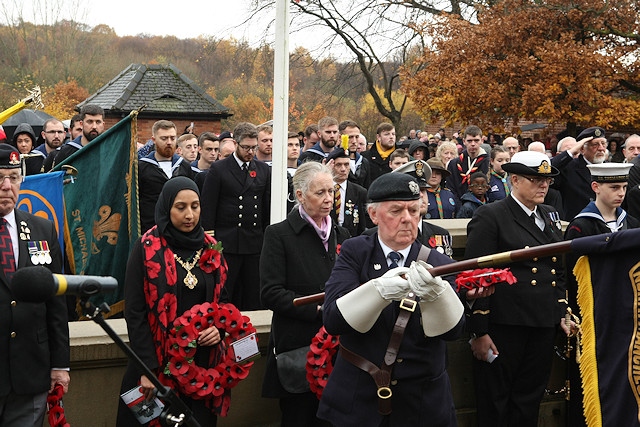 Remembrance Sunday, today, coincides with Armistice Day this year, marking one hundred years since the end of the First World War, also known as the Great War. Centennial events have been taking place across the country for the past four years to commemorate all those who served.

During the service hymns included, 'All People That on Earth Do Dwell', 'Oh Valiant Hearts' and 'O, God Our Help in Ages Past'.

The Exhortation was read: They shall grow not old, As we that are left grow old; Age shall not weary them, Nor the years condemn. At the going down of the sun, And in the morning, We will remember them. 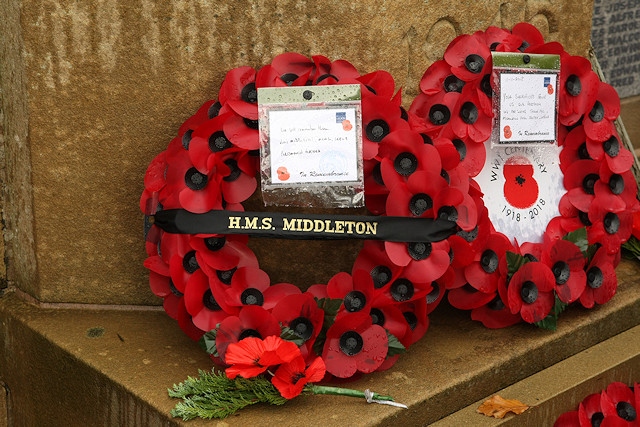 Then the Kohima Epitaph was read: "When you go home, Tell them of us and say, For your tomorrow, We gave our today."

The service was finished with a Blessing and the National Anthem.

Councillor Mohammed Zaman Mayor of Rochdale said: ““Today I will lay a wreath in the centre of the borough of Rochdale on behalf of all the people in our borough, with feelings of pride and sorrow, bearing the words ‘Not Forgotten.’

“We pay homage to those fallen in all wars and thank them for the peace we have today. We also remember those who served in the British Empire and fought alongside Britain, giving their lives in the hope for a better future for us.

“We take this time to remember all those affected by wars, the millions who have lost their lives and war veterans and their families.

“They will not be forgotten.

“We remind ourselves that these sacrifices continue to take place today by our British Armed Forces and remember those who have fallen and continue to fall in other conflicts.”

"The Centenary of the end of the Great War, the war to end all wars, unfortunately did not end all wars. Sacrifices made 100 years ago at Gallipoli, Passchendaele and the Somme, the blood-soaked fields of Northern France would not be the last place to soak up British blood.

"Today our Armed Forces make sacrifices, just as they did 100 years ago.

"20% of recruits to the Armed Forces come from the North West as well as 25% of Infantry recruits - this is something we can be proud of. On the flip side, it means that returning to the North West we have 25% of injuries.

"At national level we collect for the Poppy Appeal and at a local level we can be very proud of what we achieve.

"The Royal British Legion works closely with other Armed Forces Associations and Rochdale Borough Council to ensure no members of the Armed Forces or their families are disadvantaged as a result of service.

"Let us remember that our Armed Forces make sacrifices every day. Lest We Forget." 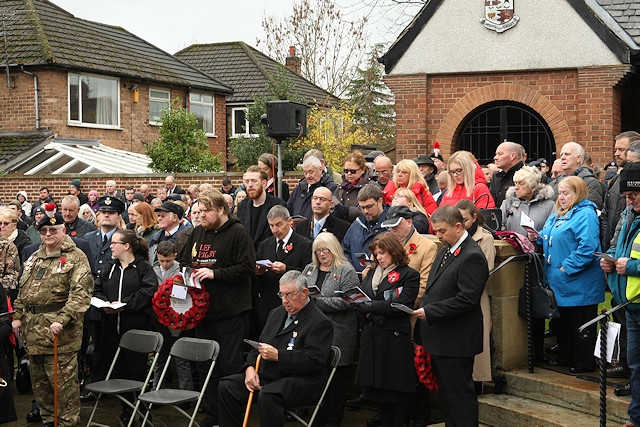 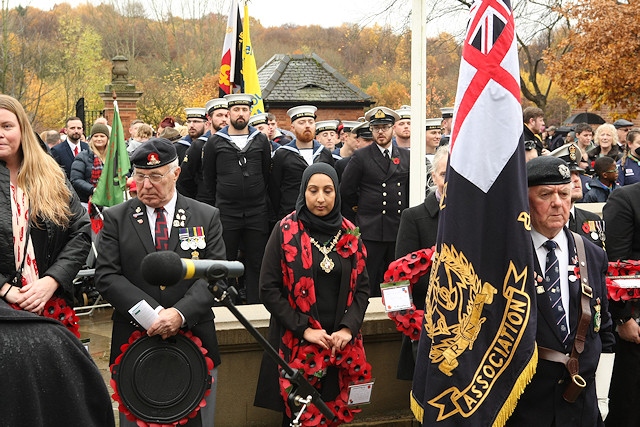 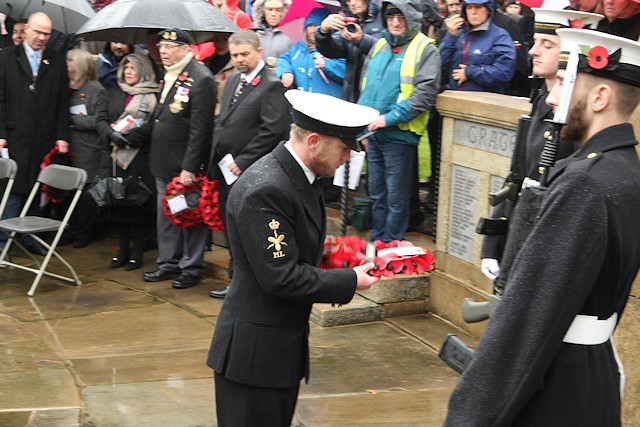 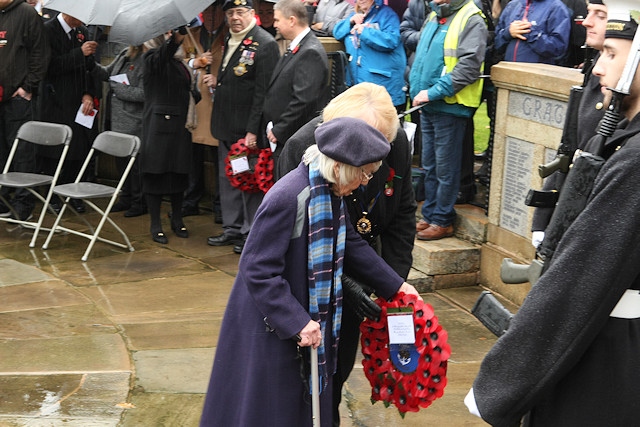 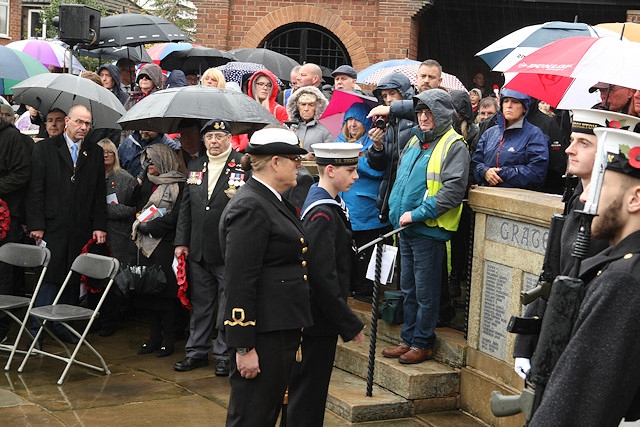 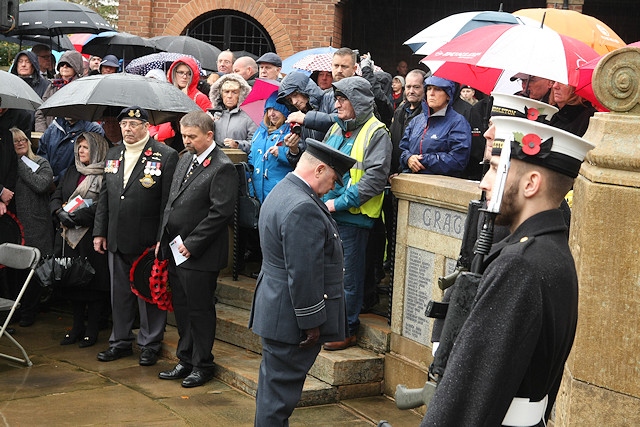 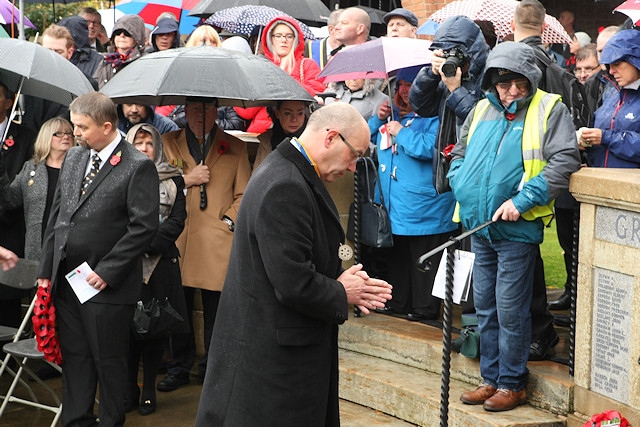 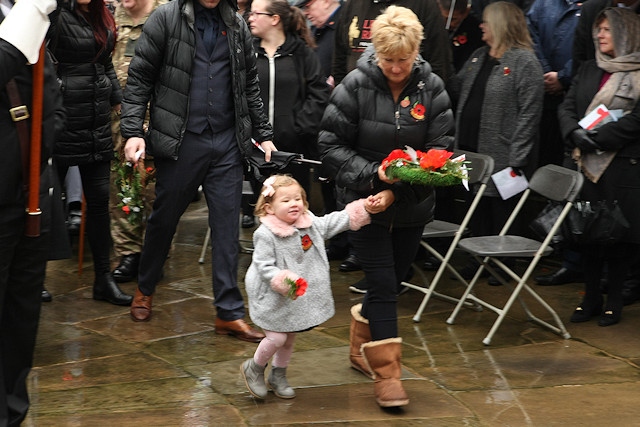 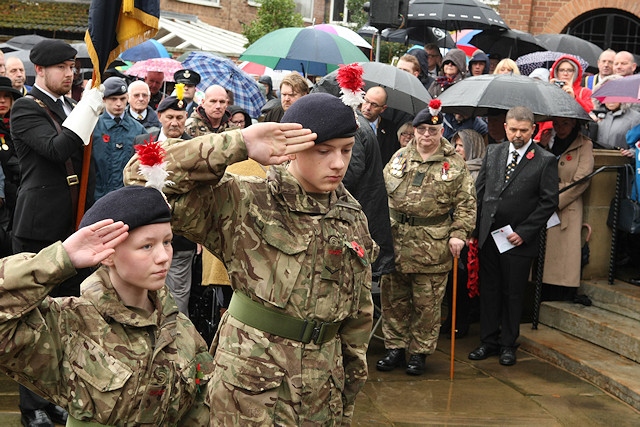 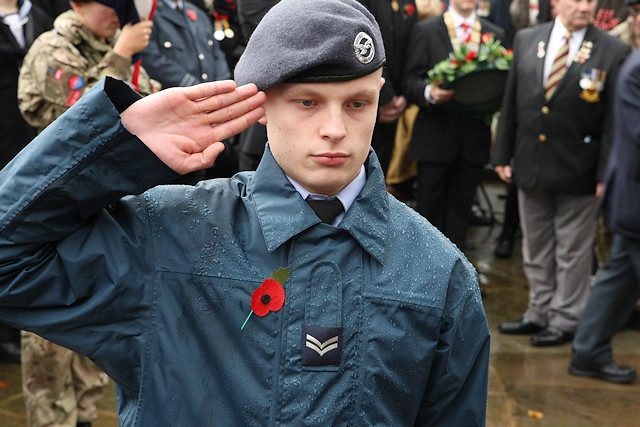 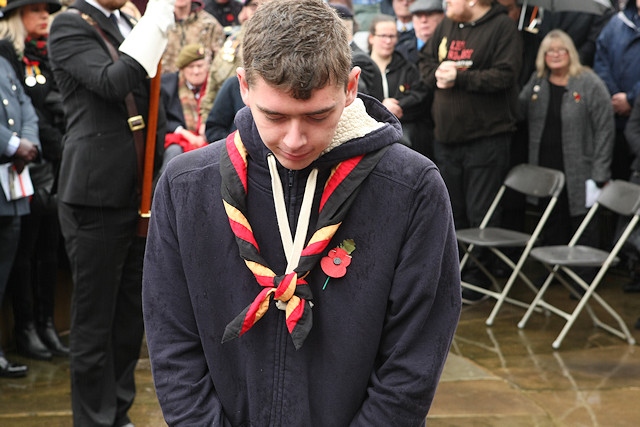 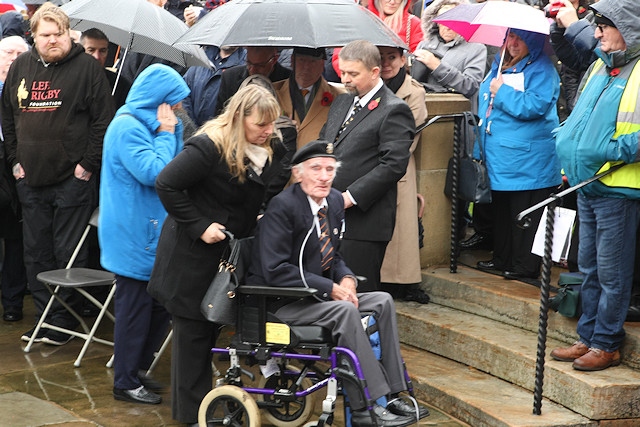 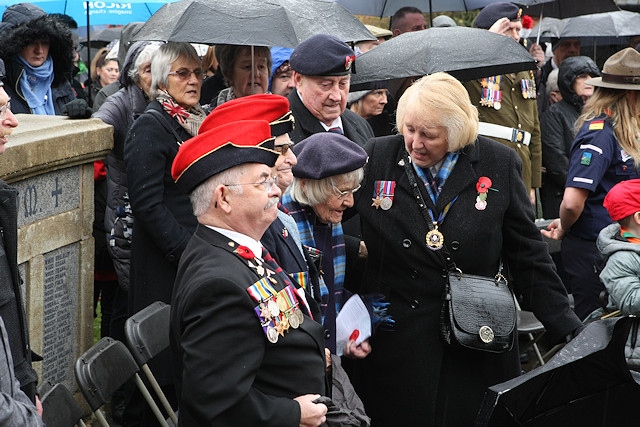 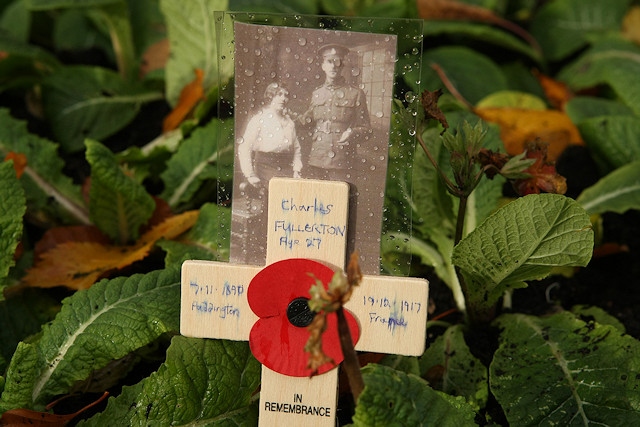 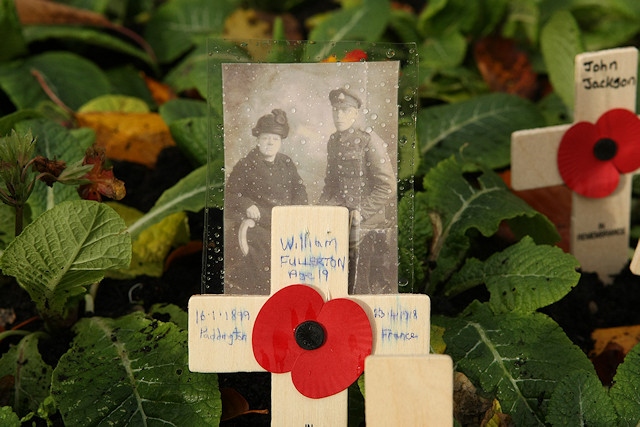 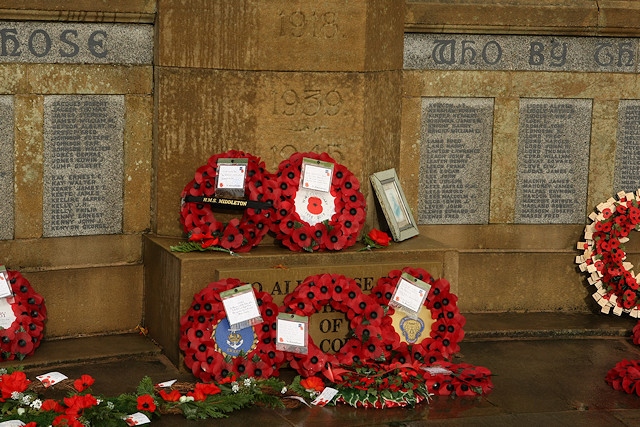