You are Here: Home » News » News Headlines » The Big Fat Secret Santa Appeal 2018 - for children living in poverty and care 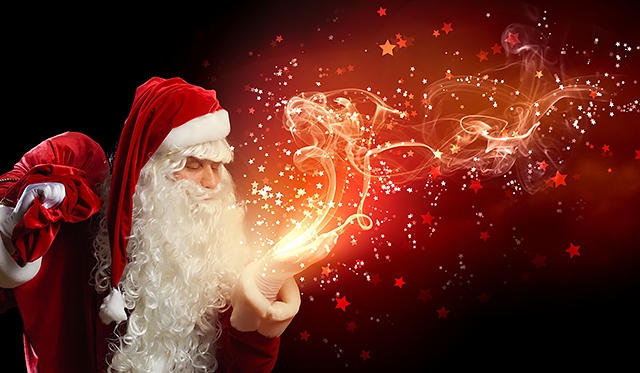 Last year, readers of The Rochdale Herald together with Southend News Network, NewsThump, Angry People in Local Newspapers and Tuckered bought almost 26,000 presents worth £175,000 for children in poverty and care, through the Satire Aid Big Fat Secret Santa Appeal 2017.

To ensure that as many presents are bought for children in poverty or care this Christmas 2018, the satirical sites have once again joined forces as Satire Aid, setting up an extensive gift list through Amazon (who can deliver the presents quickly through next day delivery).

The Herald told Rochdale Online: “Readers have already bought over £8,000 worth of gifts, which is incredible considering we aren't yet in December.

“Last year our followers sent thousands of boxes of Lego, hundreds of guitars, footballs, thousands of children’s books, crayons, craft kits, radio-controlled helicopters, drones, Bluetooth radios, baby toys, baby sleeping bags and hundreds of other items. The generosity of our combined readership was incredible, so much so that we are doing it again for 2018.

“We did this last year because we heard about the vast numbers of children either in care or in poverty who never receive any Christmas presents and we wanted to get involved and help change that.

“It was unbelievable and so much bigger than we ever imagined it would be: equivalent to a football stadium full of children who otherwise wouldn’t have received a present on Christmas morning donated by people, not just in the UK, but from all over the world.”

The gift list is populated with hundreds of gifts suitable for newborns, toddlers, children aged four to twelve and teenagers (who are often the ones most forgotten about).

Readers will be able to donate through the gift list until 22nd December: choose your presents and purchase the gift which will be sent directly from Amazon to the Toy Appeal Charity where it will be sorted by volunteers and will make it into the hands of a child on Christmas morning.

Change a child’s Christmas and purchase a present via:

Rochdale Giving Back Appeal highlighting the incredible generosity in 2017