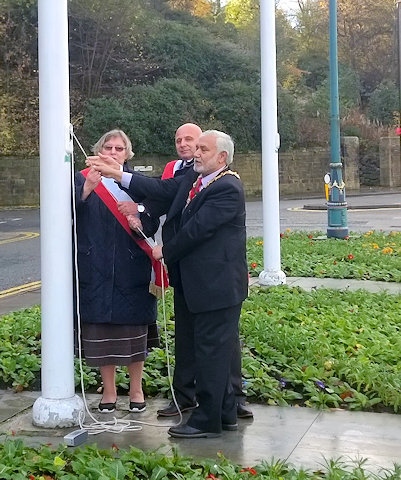 Monday, the Polish flag was raised at Rochdale Town Hall to celebrate 100 years of Polish Independence, as members of the local Polish community gathered to hoist the flag.

Poland celebrates independence in November every year, after 123 years of foreign occupation and portioned land. In 1795, following the signing of Poland's Constitution, Poland went to war and was divided into three partitions: one under Austrian rule, another under Russian rule and another under Prussian rule. On Armistice Day, 11 November 1918, WW1 came to an end and Poland regained its independence. This day is widely celebrated by Polish people all over the world and in Poland where it is classed as a national holiday.

After the Chairman of the Polish Community Association gave a brief historical background on the independence, light refreshments were served, and members were invited to the Mayor's Parlour to sign the visitors book.

I congratulated the Polish community and thanked them for reflecting true diversity with richness of their faith, culture and traditions in Rochdale. All make such a positive contribution to our society. 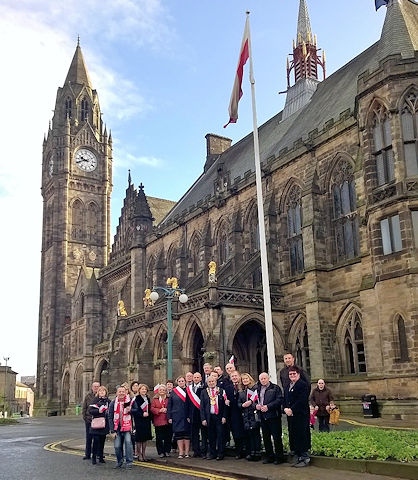 I attended St Margaret’s Church, Heywood, for a coffee and fundraising morning. I was warmly welcomed as I was shown around the church. Donations of goods were auctioned throughout the day to raise funds for the church group, meaning they can go on more trips and provide transport for days out. Everyone made a great effort, so they can enjoy outings in the future.

Thanks to Joyce Higginson for inviting me and to all who helped raise funds.

Deeplish Community Centre hosted a Bringing Communities Together event for Interfaith Week. In Deeplish, there are many people who come from different countries, speak different languages and have different faith and cultures, but we are all one community who work together.

The event was attended by reverends, imams, representatives from the police and various user groups. It was good to hear everyone’s united messages as we pledged to tackle inequalities, crimes and continue to build community strength. We must always help, support and motivate one another.

Thanks to Sohail Ahmed, operations manager at the centre, and the rest of the team for organising such a successful event.

The project, now in its 5th year, aims to reduce the number of young people killed or injured each year on the roads of Greater Manchester. Videos were shown, and stories were told by victims about the impact of dangerous driving. It was a very emotional and heart wrenching session; it only takes a few seconds for someone’s life to be damaged. 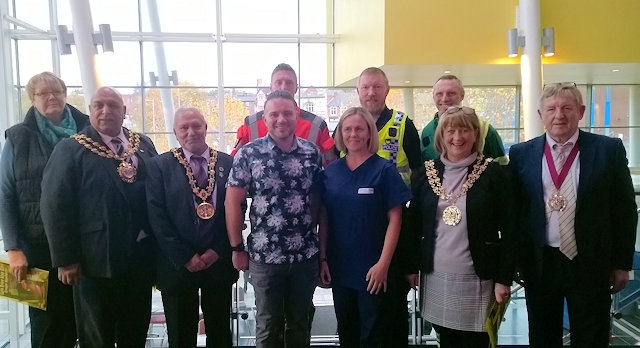 Evening, I again attended Deeplish Community Centre for Link4Life’s Community and Sports Leadership awards. This was to celebrate young people who had made extra efforts to gain qualifications, after not knowing what to do with their lives and where to go in the future for a long time. 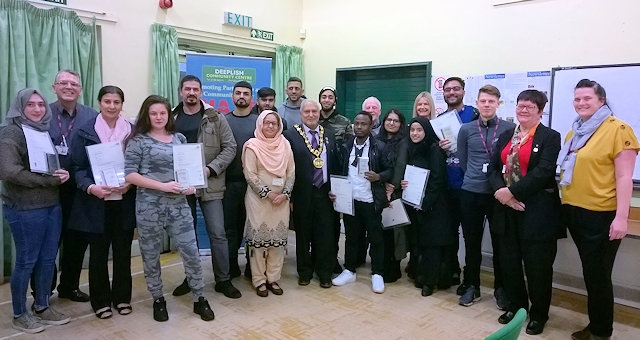 Special recognition was given to Aya Saadoon, who came to Rochdale from the Syrian crisis and has worked hard during her time here. She is now making a life for herself at university. Thank you to Link4Life for the support they have offered to these young people, I am grateful that you could push them to develop and achieve when they were struggling.

Wednesday, I had a meeting with local imams and priests to discuss final arrangements for our Multi Faith Conference. Thanks to Reverend Mark Coleman, Imam Hassanat, Rochdale Council of Mosques and the Mayoralty team for organising and ensuring the event would be a success.

Thursday, I invited Oulder Hill School staff and students to join me at the weekly veteran’s breakfast in the Clock Tower Dining Room. After visiting the school to unveil their memorial map in honour of the centenary, I asked the students to meet and talk with veterans to learn more of their experiences during the war. The students read a beautiful poem and explained why they had created the map after the breakfast.

Thank you to the veterans for attending this breakfast every week, to Oulder School for joining us and to the kitchen staff in the town hall for their continued hospitality and support.

I hosted a Multi-Faith Conference for Interfaith Week.

I was very pleased to receive support from all who attended and had a keen interest in how we can work together for a positive outcome. My aim was to strengthen faith, trust and spirit within different communities and I am glad I could bring all these people together in one space.

Thanks to all who attended and helped to celebrate Interfaith week. Hopefully we can make this an annual celebration. 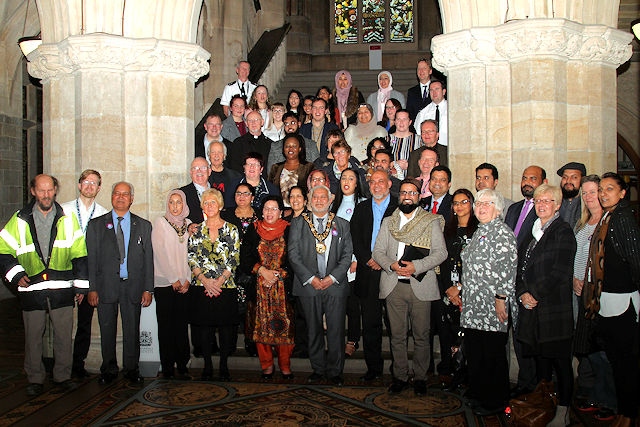 Team High Sheriff focuses on helping young people by promoting and acknowledging what matters to them most. This event focused on health and wellbeing. Manchester United’s midfielder and coach, Michael Carrick, attended to motivate young people and there was a showcase with young people who had made incredible efforts to achieve - one musician who was blind played beautiful music and a dancer who struggles with mental health problems performed an emotional piece.

I wish Robina Shah the best of luck with Team High Sheriff and I am grateful for the invitation. 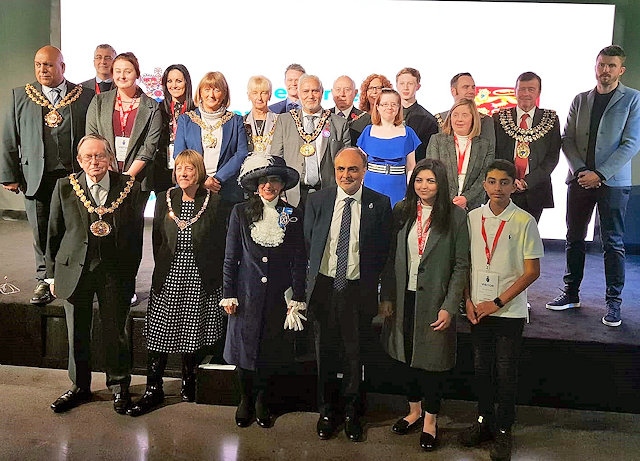 Friday, I was invited to Tops, Heywood for the Heywood In Bloom celebration after Heywood’s success at the North West In Bloom Awards.

Awards were presented to all involved with the in-bloom committee for their efforts and hard work contributed to keeping Heywood blooming over the year. Thanks to Ellen Yates, chairwoman of Heywood in Bloom and Tracey Herbert from the environmental team and the councillors, local businesses and organisations who also attended. 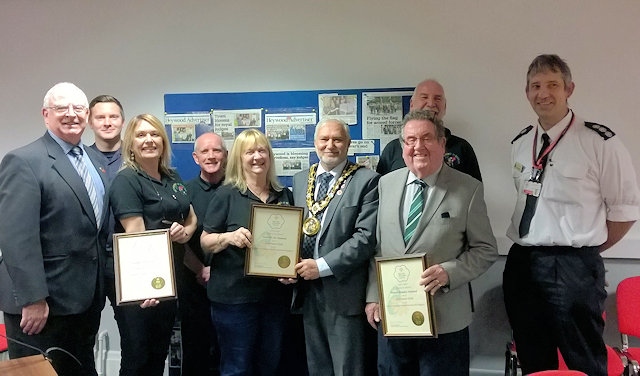 I went to Bella Vista, Milnrow for the Law Society Dinner with Rochdale solicitors. I was glad to meet so many representatives from local companies who enjoy this get together every year.

The guest speaker this year was Tricia Stewart, one of the original Calendar Girls from 1999, who has a book, a film and a West End musical based on her story. She spoke about how the Calendar Girls started and told us where she had been around the world raising money for charity. Ben Leech, president of the society, also gave a presentation about the Law Society.

Thanks to John Kay and Kerry Hargreaves from Molesworth, Bright Clegg Solicitors who organised the event. This was a fun dinner where I made many local connections and learnt more about what solicitors do in their line of work. 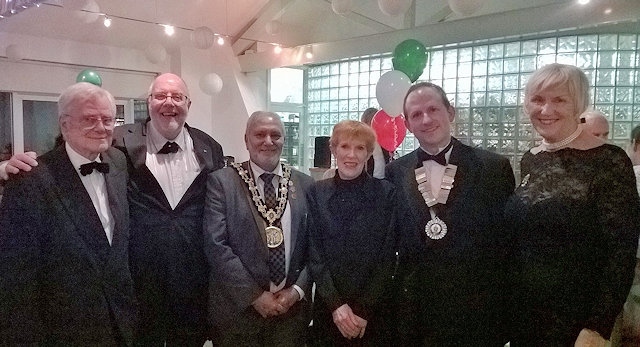 Saturday, I went to Forever Strong Fitness for their Kettlemania charity event. This involved 12 hours of exercise charity sessions for Melanoma UK. There were so many attendees joining in with the exercises to raise money for a good cause within a great environment. 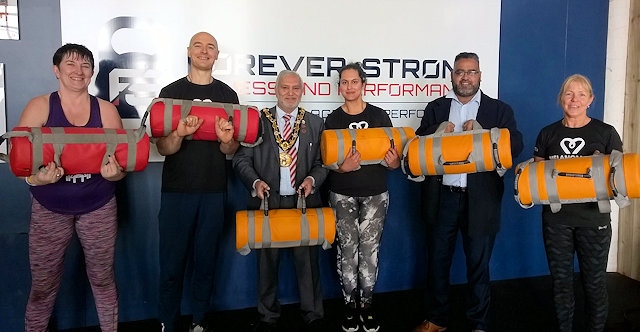 I also went to Siddal Moor High School for their 50th anniversary celebration, where the school showcased the present against a backdrop with the past to demonstrate their progress over the years.

Mia and Robert, the head girl and head boy, gave me a tour of the school and I unveiled a commemorative plaque for the celebration. I enjoyed seeing the display of newspaper cut outs and maps dating back 50 years. The chair of governors, Karen McCarthy, told me the historical background of the school and Simon White, the headteacher, told me about all the school’s achievements.

Thanks to Mr White, the assistant headteacher Hannah Gregory and Karen for inviting me and showing me around the wonderful building. 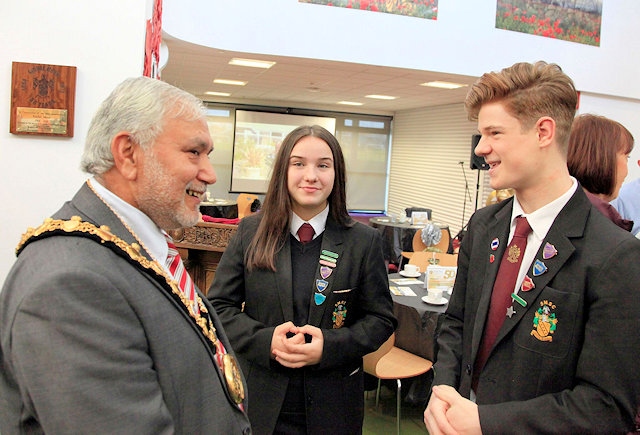 I visited Seeros Daycare Nursery to celebrate their Outstanding rating from Ofsted. I was very impressed with the nursery’s records; this is a place that takes pride in always providing a quality service. Congratulations to all at the nursery for receiving this award through your hard work and resilience. 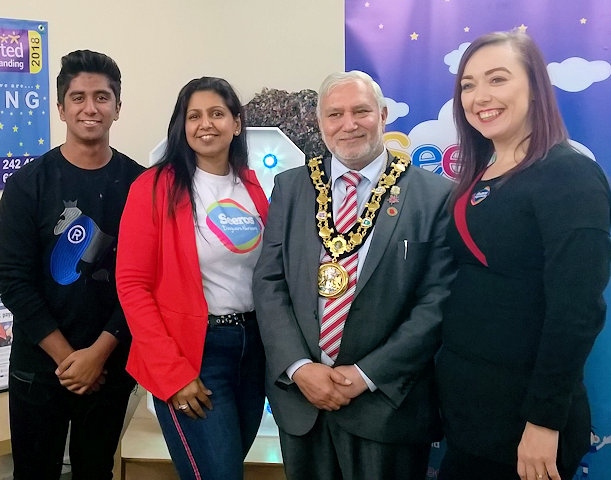 So many local people attended and joined in with the parade, which was led by a donkey as we all followed. I invited Siddal Moor’s head pupils to join me in switching on the Christmas lights. Everyone enjoyed this special event for children and families as we watched the lights come on and a firework display was hosted. 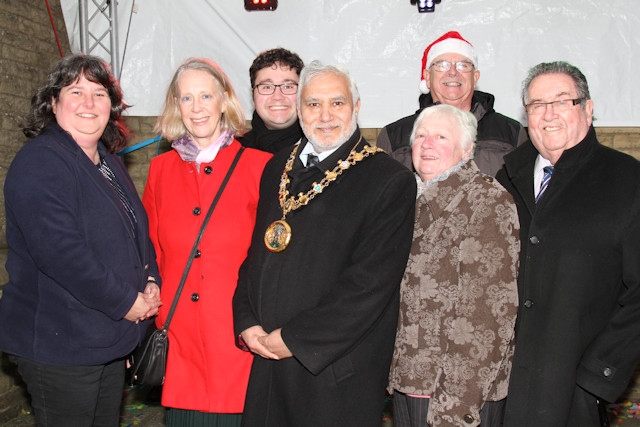 I later joined the MP’s Dinner at the town hall. This dinner had huge support from local organisations and businesses as nearly 200 people attended and raised money for the Mayor’s Charity.

The guest speaker, Nazir Afzal OBE, gave an amazing talk on his experiences in life and inspired others to develop their understandings. Thank you to Tony Lloyd for organising, Mayoress Naaira Zaman and Mayors Consort Sheraz for joining me and to all who attended for a good cause. Every single penny raised will be going to local charities. 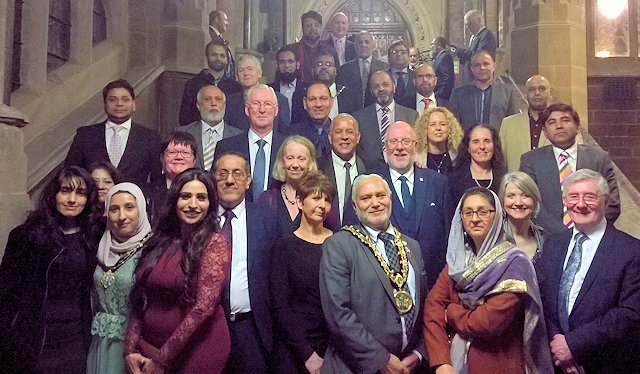 Sunday, I went to a WW1 Centenary Service and Rededication of the Memorial Chapel at St Edmund’s Church in Falinge. Reverend Mark Coleman led the unique service as names of 32 soldiers were read out who attended the church when the war broke out, and prayers were said.

Local people continued to remember those who fell during WW1 as a band performed and Footlights performed a play based on remembrance.

Thank you to the Friends of St Edmund’s who organised, Tony Lloyd MP for accompanying me and all others who attended.