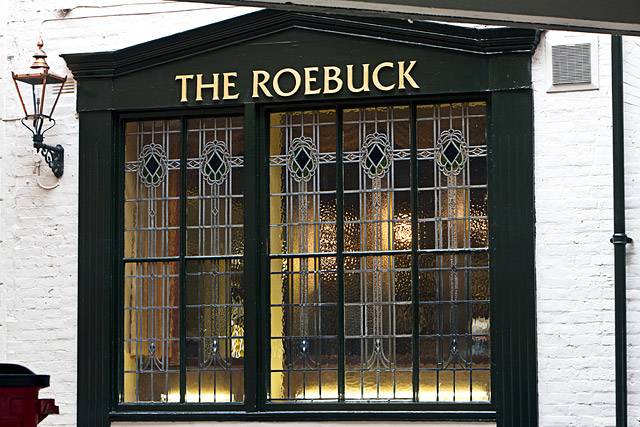 A Rochdale couple have successfully won an industrial tribunal against their employer for unfair dismissal.

Mrs Duerdin said: “Tony and I worked for Samuel Smiths Brewery for 22 years, 18 of which was at the Roebuck in Rochdale.

“Mr Smith made life so hard and stressful that he made us feel incompetent, so much so, that Tony tried to take his own life. This led to seeing a solicitor and from there, we engaged in an industrial tribunal.

“Mr Smith appealed against the first decision, but lost again.”

The Duerdins began managing the Roebuck Hotel on 19 November 1998. From around 2012, Mr Smith started writing to the couple, expressing disappointment with their stock surplus figures, expected to be at least 5% across the business by Mr Smith.

There was also little improvement in profits following a major refurbishment in 2014, falling to a £7,000 net loss the year after when both Mr and Mrs Duerdin were too unwell to work.

Both Mr and Mrs Duerdin felt pressured into taking early retirement during a 2016 formal capability and performance process. Mr Smith gave them a target of £5,500 gross takings per week, to be monitored during the period 24 January to 20 February 2016.

During the four weeks from 24 January to 20 February 2016, the Roebuck Hotel took gross takings averaging £5,471. The claimants had missed their target by a mere 0.5%.

Another way of looking at the same figures would be to say that they had increased sales by 10% from the previous year.

Mr Smith did not see it the increase as an occasion for congratulation. He wrote to them on 11 March 2016, informing them: “you have failed to achieve the target that was set for you, albeit by a very narrow margin.”

On 31 May 2016, the Duerdins were invited to a further performance review meeting, which eventually took place on 7 July 2016. Only Mr Duerdin met with Mr Smith.

At this meeting, Mr Smith raised the subject of retirement. He asked: “Don’t you think we’ve got to have some agreement for retirement really?” He added, later: “Well we will have to continue with these targets then but the sensible thing would be for us to agree that you both retired at the end of the year or something.”

Mr Duerdin also believed that he was being unfairly criticised for poor bar sales, not able to use television or music to attract custom as Samuel Smith’s pubs banned both music and television in 2004.

The couple were issued a verbal warning before receiving a target to increase takings by 10%. On 20 September 2016 Mr and Mrs Duerdin were invited to a 'Capability Performance Meeting'.

The invitation letter pointed out that takings had been 6.3% higher than in the previous year and not 10% as the target demanded.

After a written warning and appeal, the Duerdins were invited to a further Capability Performance Meeting. The letter did not mention improved performance in November, December and January. Nor did it contain a word of praise.

The letter continued: “Please note that if you are unable to provide me with a satisfactory explanation for failing to reach the target in the October review period, the Company would be entitled to issue you with a final written warning…”

During the meeting on 7 February 2017, the conversation turned to comparing the price of beer amongst competitor pubs, with Mrs Duerdin again reminding Mr Smith that those pubs also offered music and televised sport. Mr Smith raised the subject of the Roebuck’s profitability.

He criticised them for only achieving net profit of £6,476 from May to November 2016.

On 8 March 2017, Mr Smith wrote to Mr and Mrs Duerdin, summarising the outcome of the meeting. Having recorded the agreed target, he referred to their recent performance in this way:

“Referring back to the review period of 2 to 29 October 2016 takings had only increased by 7.8% in the Roebuck compared with the same period last year therefore you had failed to reach the target of a 10% increase set at the performance review meeting held on 29 September 2016.

“However, I note during the period from 30 October 2016 to 14 January 2017 wet takings have been 10.5% higher. I have therefore decided not to issue you with a final written warning.”

When Mr Duerdin read Mr Smith’s letter, he felt that he could not win. He believed that there was nothing that he and his wife could do to improve the pub’s takings any more than they had already done. He also believed, that whatever they did, it would not please Mr Smith.

His mental health deteriorated to the point where, on 8 April 2017, he tried to take his own life.

Fortunately, Mrs Duerdin discovered him in time to save him and take him to hospital. Whilst Mr Duerdin was recovering in hospital, Mrs Duerdin took it upon herself to try and bring the very stressful situation to an end.

With the help of solicitors, but without consulting her husband, she wrote to Mr Smith: “I very much regret to inform you that [Mr Duerdin] is currently in hospital after attempting to take his own life over the weekend. As you will appreciate this is a most stressful time for the two of us.

“I am awaiting an appointment with my Doctor to assist me with the stress I am trying to cope with but I want to let you know that neither [Mr Duerdin] nor I are well enough to work at the present time.

“I also want to take this opportunity to inform you that the unrealistic performance requirements you have placed upon us are now having a serious adverse effect upon our health and in those circumstances I hereby give you three months[’] notice of our decision to resign from your employment.

The letter was sent by post to Mr Smith and, at the same time, emailed by Mrs Duerdin’s solicitors to Mr Smith’s assistant. It was passed to him on 11 April 2017. He did not reply, nor did he do anything else to show concern for the claimants’ welfare.

However, after Mr Duerdin found out what his wife had done, the Duerdins’ solicitors attempted to retract their resignation as they didn’t want to return to work, nor hand Mr Smith a resignation.

In July 2017, Mr Smith confirmed their employment would terminate on expiry of their notice.

Employment Judge Horne concluded: “I am satisfied that Mr Smith has proved the sole or principal reason for constructively dismissing the Duerdins. More precisely, it has proved Mr Smith’s reason for conducting himself so as to breach the implied term of trust and confidence.

“His reason was his belief that the claimants were underperforming by failing to generate sufficient net profit for the Roebuck pub. In my view that was a reason that related to either their capability or their conduct. Strictly speaking it is unnecessary for me to determine which of those two categories of reason it was, provided that the reason fell into one of them.

“If forced to choose, I would find that the reason was one that related to their capability.

“In my view, Mr Smith acted unreasonably. If the claimants were not generating enough profit, the answer was not to put pressure on them to retire. It was to motivate them to perform better. He demotivated them by not giving proper recognition of their achievements in November and December and early January 2017. He did not have sufficient regard for their length of service.

“It was unreasonable of him to criticise their net profit figures when the only relevant target that had been set for them (gross takings) had been exceeded over the past 15 weeks. He concentrated on their shortcomings some four months earlier rather than on trying to offer positive encouragement or concern for their welfare.

“For those reasons, I find that the respondent did not act reasonably in treating its belief as sufficient reason for constructively dismissing the claimants and the dismissal was therefore unfair.”

Peter Rhodes, Employment Specialist at Molesworths Solicitors, Rochdale who represented Mr & Mrs Duerdin said: “It is always pleasing when we are able to successfully conduct proceedings on behalf of employees who have been unfairly treated by their employers. This was especially so in the case of Mr and Mrs Duerdin who deserved better after 22 years loyal service for Samuel Smiths Brewery.”