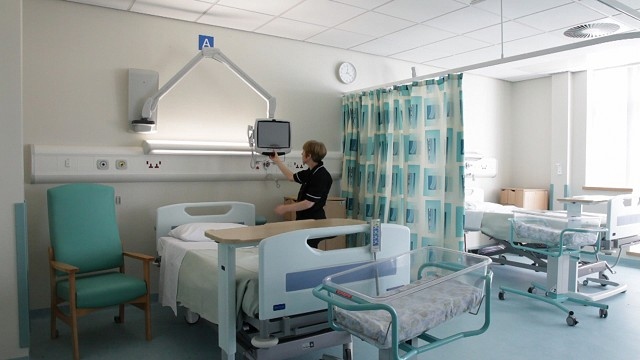 Returning maternity services to Rochdale would be a mistake, according to councillors.

Expectant mothers have been travelling to Oldham or North Manchester since the maternity ward at Rochdale Infirmary was axed in 2011.

But over recent years, campaign group Friends of Rochdale Maternity Care (FoRMC) has been pushing for the return of the service to the borough, claiming there is a ‘dire need’ for it.

However, councillors Cecile Biant and Pat Sullivan both told a health, schools and care scrutiny committee, they believed the calls were misguided.

Conservative Councillor Sullivan said she ‘understood the feeling’ in Rochdale, but added: “We have to make people understand it’s for their own good.

“We are not doing it on the cheap, we’re doing it so they have the expertise – certainly for birthing – and it could save their lives and their babies’ lives.

“If they’re only in for 24 hours, they don’t even need a visit, Dad can stay there, and they can go home together.”

But she warned that ‘you can’t always predict complications.’

Addressing her concerns to Shona McCallum, medical director at Pennine Acute Hospitals NHS Trust, she added: “I warn you there’s a movement in Rochdale, where they are campaigning for a birthing centre in the infirmary, a lot of it is to do with people not wanting to go very far.

“I know what I would do; I would go where the specialists are. How can we put some sort of knowledge and influence out there?”

Like Councillor Sullivan, Dr McCallum said she understood the feelings of the campaigners, having given birth to her own children in Rochdale

She added: “I think we have to have a look at it, but my gut reaction is that I’m not so sure – partly because of the infrastructure that goes around it. That’s the bit that makes me slightly hesitant.

“If we have a birthing centre do people perceive it’s a hospital-based facility? We have to be very careful about what goes with it and we don’t creep to getting more difficult births in there.”

Dr McCallum told councillors that her concerns included the fact anaesthetists were not on site round-the-clock, and the ability of the ambulance service to respond quickly enough in the event of an emergency.

She added: “I think we really need to think very carefully. I know it would be lovely because it’s Rochdale, but we have birthing centres in Oldham and North Manchester, it’s not that far away – but I can see both sides (of the argument).”

But Mohammad Hanif, chairman of Friends of Rochdale Maternity Care, said that despite their proximity, women in labour were sometimes not able to get to Oldham or North Manchester in time.

Mr Hanif told the Local Democracy Reporting Service it was ‘not acceptable’ that some mothers had been forced to give birth in car parks due to delays getting to the birthing centres that now serve Rochdale.

He said: “The roads are busy at certain times and the ambulance service is under pressure, there’s not adequate parking at Royal Oldham.

He added: “Four or five months ago Theresa May promised an extra £20bn for the NHS. If they can raise that amount of money, why can’t we have more money for a birth centre here?”

More than 3,000 people have signed FoRMC’s online and paper petitions calling for maternity services to be returned to the borough.