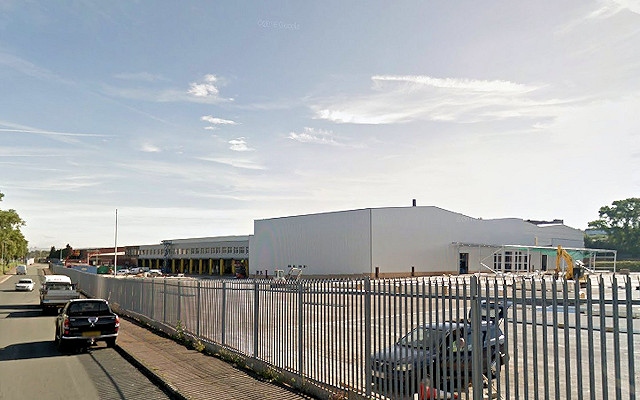 Leading car care manufacturer Tetrosyl has hit back at claims that its distribution centre in Castleton is being used to store dangerous chemicals.

Tetrosyl, which manufacturers and supplies household brand names such as T-Cut, CarPlan, Triplewax, Wonder Wheels, Carlube, Bluecol and Tetrion, is still awaiting consent for plans to store up to 10,000 tons of hazardous substances at the building, despite applying in April last year.

The car care products giant began using the former Woolworths distribution centre in Castleton last year, with the manufacturer declaring that the levels currently being stored at the facility on Royle Barn Road do not require permission from the authorities.

At a recent area forum meeting, residents expressed their frustrations over the protracted process, complaining that, some 21 months down the line, they have no independent confirmation that the site is safe.

However, the group has since hit back at ‘misconceptions’ that the site is being used as a ‘chemical warehouse,’ saying it stores finished products ready to ship out to stockists.

David Rogers, Tetrosyl Group General Counsel, said: “As has already been explained to local residents, our site at Royle Barn Road currently operates at storage levels below the lower tier COMAH thresholds and consequently is not currently subject to the Control of Major Accident Hazards (COMAH) regulations.

“Our stock holding continues to be monitored on a daily basis to ensure that we remain within the relevant limits.

“The COMAH application, if granted, would make Royle Barn Road a new COMAH establishment and as such, we have, amongst other things, to satisfy the HSE that we have taken all necessary and sufficient measures so as to render the risks in terms of health and safety to our employees, visitors and members of the public as low as reasonably practicable.

“For a new establishment this can be a lengthy process, but we are working through this with the HSE and hope to have both our Hazardous Substances Consent and Upper Tier COMAH Licence granted at some point in the new year.

“We have previously met with local residents and shown them the full range of our products, so it is disappointing that these misconceptions as to precisely what we do persist. We have invested in excess of £16 million in what was, for many years, a derelict site. We have also created hundreds of new jobs in the local area, having also based our new head office in Rochdale.

“It is a great pity that these extremely positive aspects of our move into Rochdale are not the subject of more attention.”

Senior officials at Rochdale Council say The Health and Safety Executive (HSE) has requested a further safety report from Tetrosyl, and the authority will not be able to decide on the planning application until receiving further guidance from the body.

However, an inspection of the Royle Barn Road site, led by the HSE, will take place in the ‘very near future.’

A spokesperson for HSE said: “The HSE inspectorate team covering this area normally focuses its priorities and resources on dealing with high hazard COMAH sites.

“However, due to residents’ on-going concerns about this site, HSE will be prepared to conduct a focused sample site safety inspection, for Health and Safety at Work purposes, in the very near future, and tell the local group of the outcome.”

Tetrosyl’s Mr Rogers added: “In relation to the HSE inspection referred to, I can only say that we have no knowledge of this and no one at the HSE has spoken to us about it.

“However, if the HSE do wish to carry out an inspection, no doubt they will be in touch with us and we will, as always, offer them our full cooperation.”

Ward councillor Billy Sheerin has welcomed news of the imminent inspection, saying it would go a long way to ‘alleviating’ residents’ concerns, whilst fellow ward councillor Jean Hornby said it had been a ‘difficult time’ for residents, and she hoped the inspection would put minds at rest.

Councillor Sheerin says residents have been particularly worried given the area’s ‘history of industrial fires.’

In 1971 there was a huge fire at the site, during the time it was operated by Woolworths, which destroyed two of the three distribution chambers.

A major blaze tore through Dunlop cotton mill in 1960, claiming the life of one worker, whilst the former Carcraft site on Nixon Street was more recently destroyed by a fire in December 2016.