You are Here: Home » News » News Headlines » Employers and passenger groups back independent inquiry to resolve RMT dispute at Northern 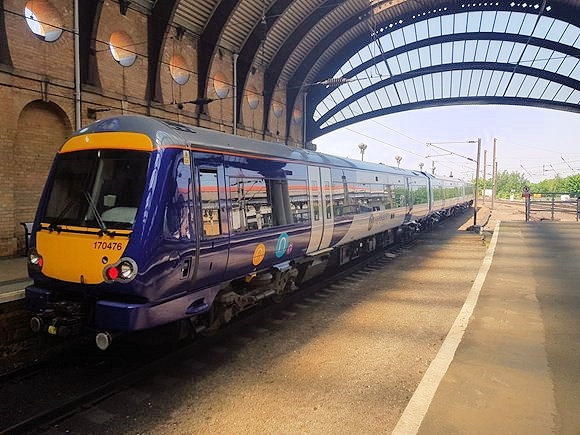 Employers, Passenger Groups and elected representatives across the North today gave their support for an independent ACAS Inquiry in a bid to make progress in resolving the RMT dispute.

Employers, Passenger Groups and elected representatives across the North gave their support for an independent ACAS Inquiry in a bid to make progress in resolving the RMT dispute.

Northern has formally asked ACAS to set up an independent Inquiry in a further attempt to get RMT involved in discussions to resolve its dispute which is now approaching its second anniversary. The Inquiry would have an independent chair and panel members and contributions would be invited from any interested parties including customer groups, trade unions, business groups, accessibility bodies and the rail industry.

Chris Dale, Chair for TravelWatch NorthWest: “TravelWatch NorthWest has always held the view that a second member of staff is required on Northern services for accessibility, safety and customer services. This has been guaranteed in recent statements.

“Therefore, we welcome Northern’s proposal for an independent inquiry and we are surprised that the RMT has not yet agreed to it. We would urge all parties to consider the needs of passengers and find a resolution to this dispute as soon as possible.”

Emma Degg, Chief Executive of the North West Business Leadership Team (NWBLT): “We welcome this proactive initiative on the part of Northern to seek to resolve the ongoing strike action that has caused so much damage to our region’s economy. We hope both sides can work together to deliver the much-needed improvements that are planned to our railways in 2019.”

James Ramsbotham, North East of England Chamber of Commerce: "Businesses across the North East are suffering because of the strike disruption. It is clear to us that an independent ACAS Inquiry has the potential to break the deadlock and end the disruption which is risking jobs and incomes across the region."

David Brown, Managing Director for Northern: “On Wednesday, 19 December, we made a serious and well-intentioned request for ACAS to establish an independent inquiry. In the space of a few hours, RMT rejected the opportunity to make its case at an independent inquiry and then announced strike action for every Saturday in January.

“ACAS is a respected independent organisation that has helped settle many disputes including those in the railway industry. We call again on RMT to join us in committing to the inquiry and suspending its industrial action whilst the inquiry takes place.”

RMT’s latest announcement will mean Northern’s customers have had to endure strikes every Saturday in September, October, November, December and now January.

David Brown added: “More than 50% of all rail journeys in the UK are made on driver-controlled trains and recently the Department for Transport and Transport for the North publicly confirmed that a second person – in addition to the driver – would be retained on Northern services.

“This second person will provide customer service, including meeting customer needs on accessibility, safety, security, ticketing and information. Therefore, there is no reason for the RMT to continue its disruptive and economically damaging strikes but despite this, the RMT continues with its strike action.”

Northern has promised conductors that their future role will be on-board our trains, guaranteeing that role until at least 2025, their current pay will be protected (starting salary for conductors is £28,250 pa), and their pay will be reviewed annually, if RMT ends its damaging dispute.

The RMT strike action for the remaining Saturdays in December will see Northern running approximately 700 services - but with very few Northern services running after 5.00pm. Those Northern services that do run, and other operators’ services, are expected to be extremely busy.

“Customers are asked to check before they travel and consider alternative travel options as a result of RMT action.

A Department for Transport spokesperson said: “We want this strike to end: guarantees have been offered over jobs and pay and we have confirmed we want to see a second person on Northern trains.

“With these guarantees in place, no wonder the public are asking why the RMT won't be reasonable, come to the table and put passengers first.”