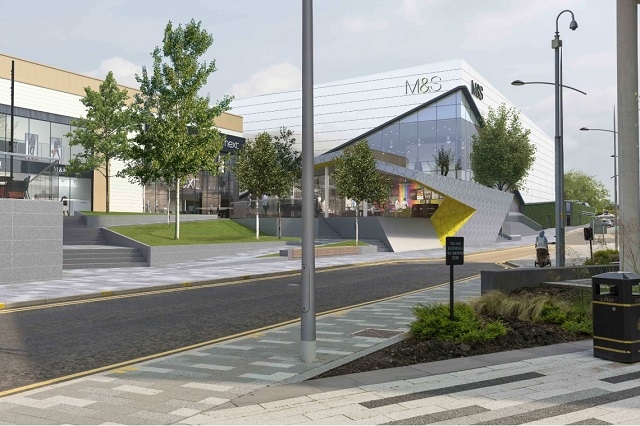 The new development will change the face of Rochdale town centre

A number of key contracts on site have been awarded to local firms, with over 80 per cent of the spend so far by contractors Willmott Dixon being committed within Greater Manchester.

Contractors Willmott Dixon have awarded contracts amounting to 40.2 per cent of their total spend so far with companies in Rochdale, with Chichester Street based Hovington’s securing a contract worth over 7 million to carry out the groundworks on site earlier this year.

A further 42.4 per cent of spend has gone to Greater Manchester based companies, with Irlam based Cara Brickwork and Bolton-based Network Scaffolding recently winning contracts worth close to £2m.

The figures were released as the project, which is set to be worth £17m a year to the local economy once complete, passed a number of construction milestones.

Remediation on the multi-storey car park at the John Street end of the site will finish shortly after Christmas, and piling for the M&S unit is under way.

The shops are also emerging, with metal frames for most of the retail units now in place and work to put their roofs in place starting in the new year. The leisure block at the Bailie Street end of the site, which will feature a six screen cinema, is also progressing well, with concrete floors in place and the contractors starting to build out the cladding. 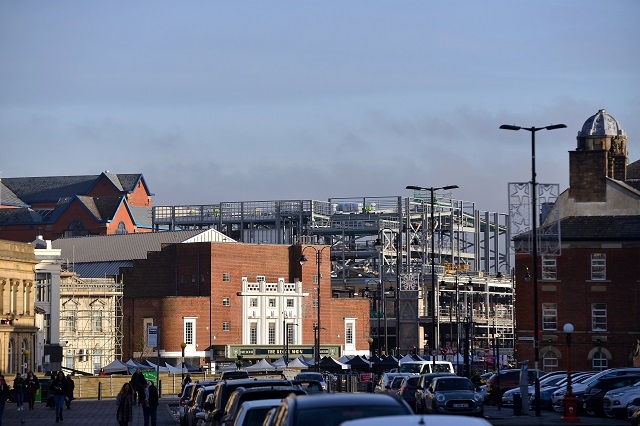 And the scheme has also driven up local employment, with over 60 per cent of the 80 people who are currently employed on site living within 20 miles of the development.

Closer to home, Rochdale town centre businesses have benefitted, with the site team regularly buying from many of the local food and drink outlets, including the Laughing Loaf, Petit Café and the Flying Horse.

Councillor John Blundell, cabinet member for regeneration at Rochdale Borough Council, said: “I’m really pleased to hear that this game-changing scheme is already delivering massive benefits for our town centre and it’s particularly fitting that local businesses and local people are playing a central role in the creation of a development which will transform their borough and improve the town centre for years to come.”

The 200,000 square feet Rochdale Riverside development, which is expected to create around 1,000 permanent jobs once completed in summer 2020, is being delivered by Genr8 Developments and Kajima in partnership with Rochdale Borough Council. 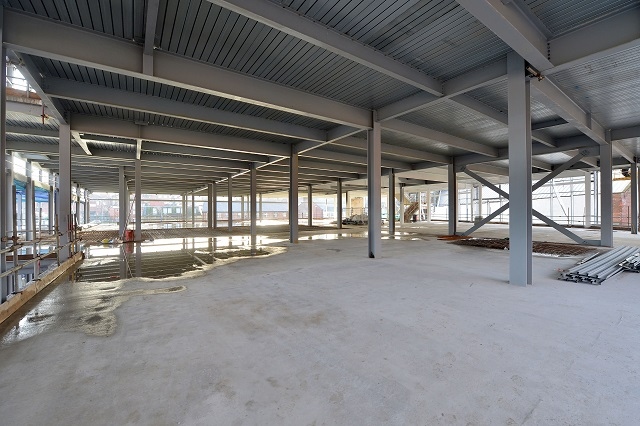 The project is part of the £400m regeneration of Rochdale town centre, which has also included a new transport interchange and town centre Metrolink stop, the re-opening of the River Roch, and the creation of a new leisure centre and sixth form college.

Anthony Dillon, managing director of Willmott Dixon in the North, said: “We believe in delivering projects that leave a lasting community legacy far beyond bricks and mortar, and that all can be proud of. This project will be a fantastic new addition to Rochdale and is already proving an exciting catalyst to encourage new inward investment.

“Working with local supply chain partners wherever possible and creating local employment opportunities are a hugely important way in which we support our communities, as is empowering local causes and organisations that directly change the lives of those in need.”

Willmott Dixon was recently awarded The Queen’s Award for Enterprise in the category of Promoting Opportunity, recognising its work in leaving long-lasting communities, promoting social wellbeing and helping those from disadvantaged backgrounds into sustainable employment.

As part of that commitment, the Rochdale site team, supported by community engagement manager Jayne Greaves, is working closely with a number of the borough’s local causes supporting the homeless and armed forces veterans, including Angie’s Angels, the Sanctuary Trust, Petrus and the Homeless Alliance Response Team (HART).