You are Here: Home » News » News Headlines » Royal Marines to row across the Atlantic ocean to raise awareness of plastic pollution 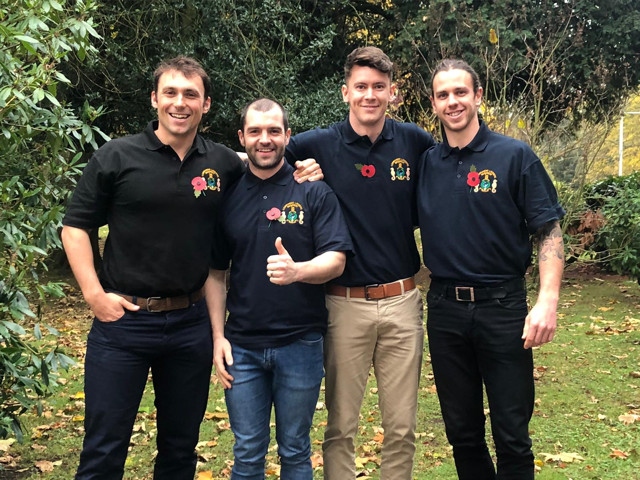 Reece Clayton, Dominic Rogers, Matt Mason and Joel McGlynn are all gearing up to row across the Atlantic Ocean in 2020

Three former Royal Marines and one serving Marine are preparing themselves for a challenge like no other to raise awareness of plastic pollution.

Reece Clayton, of Middleton, Dominic Rogers, of Haslingden, Matt Mason, of Accrington, and Joel McGlynn, of Middlesborough, who all served together in Afghanistan, are all gearing up to row across the Atlantic Ocean in 2020 – suitably named Ocean Revival 2020 – to raise funds for Plastic Oceans UK and the Royal Marines Charity.

The Plastic Ocean Foundation UK was started in 2009 to change the world’s attitude to plastic, creating the critically-acclaimed film, ‘A Plastic Ocean’ highlighting just how harmful plastic is to the marine environment, whilst The Royal Marines Charity serves to look after both serving and retired Royal marines and their families.

The quartet will be aiming to complete a 3,700-mile route between New York’s Brooklyn Bridge and London in around 60 days, attempting to be the fastest through the English Channel and up the Thames to Tower Bridge.

Statistically, their intended route is the most dangerous ocean row anyone can attempt and has never been completed before.

Reece explained: “It was Dom’s idea. We had been thinking about what we could do to challenge ourselves when he came up with that. Matt jumped on the idea and we began to put a plan in place.

“We are rowing to raise money and awareness for Plastic Oceans and The Royal Marines Charity, highlighting the impact plastic has not only on the UK coastline, but globally.”

Currently, some 4.8 to 12.7 million tonnes of plastics are estimated to enter the oceans each year from land, predominantly due to the proliferation of single-use products and packaging, littering and poor waste management.

Microplastic particles are often mistaken by fish, marine mammals and birds for their usual food sources and ingested. It is estimated by 2050, there will be more plastic than fish on our planet.

In the run-up to the challenge, Reece, Dom, Matt and Joel will also be setting up a number of events and challenges to train, such as hiking the National Three Peaks with a rowing circuit at the top, swimming the Lake District towing a plastic boat filled with plastic bottles, and completing the last infamous Royal Marines Commando test with a twist, a 30-mile march across Dartmoor, whilst carrying a rowing machine.

“We’ll be doing some training by rowing to Ireland, France and Holland, and the Bristol Channel,” Reece added.

No strangers to difficult tasks, Dom has carried out an Arctic Warfare Survival package, numerous mountain training exercises and spent a few months working with the forces out in Albania, whilst Joel has previously taken part in an Ironman triathlon, consisting of a 2.4mile swim, a 112-mile bike ride and a marathon run (26.2 miles).

Matt was previously part of a team who broke a world record for rowing across the Atlantic in 2014, covering 2,598 gruelling miles from Gran Canaria to Barbados, and Reece has honed an array of survival techniques in arduous winter mountain conditions in the Scottish Highlands and Welsh mountain ranges.

They have recently secured their first sponsor, Milestone Industrial Flooring in Pontefract, and also have the backing of Bear Grylls, who called the marines ‘truly inspirational.’

Team Ocean Revival 2020 will begin their mammoth challenge in June 2020.