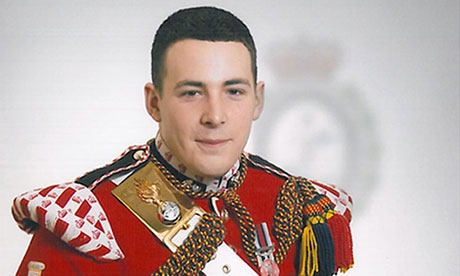 A fraudster who raised more than £20,000 for Fusilier Lee Rigby’s family under false pretences has been ordered to pay back just over £3,200.

After holding a number of events seemingly in aid of Middleton drummer Lee’s family, Gary Gardner, 56, of Leicester, pocketed £18,318.89 raised for the Jack Rigby Charitable Trust.

A Proceeds of Crime Act hearing at Leicester Crown Court on Friday (4 January) ordered Gardner to pay back his assets of £3,247.33 within three months.

Gardner was jailed for two and a half years last September after being convicted of two counts of fraud.

25-year-old Fusilier Rigby, from Middleton, was stabbed to death outside the Royal Artillery Barracks in Woolwich, south London, in May 2013 while off duty.

His killers, Michael Adebolajo and Michael Adebowale, were sentenced to life in prison in December 2013 after they were found guilty of his murder.