You are Here: Home » News » News Headlines » The 10 major developments that would transform Rochdale by 2037

The 10 major developments that would transform Rochdale by 2037 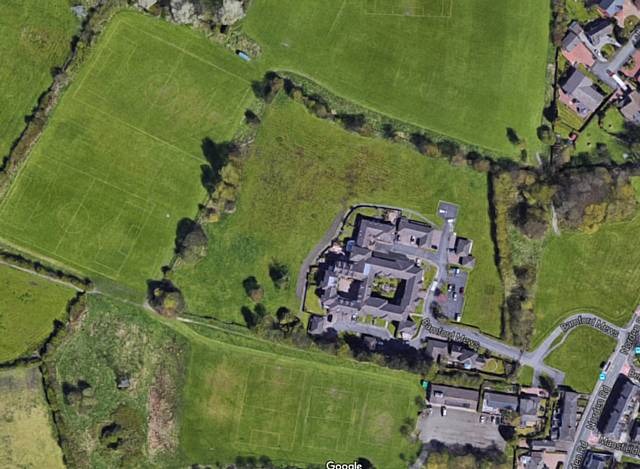 Land used by Bridge JFC off Norden Road, Bamford has been removed from the revised plan

A reworked masterplan that will shape how Rochdale borough develops over the coming 20 years has finally been revealed.

The vision for the borough’s future includes more than 12,000 new homes and in excess of 1m square metres of employment space – as well as major improvements to the road, rail and Metrolink networks.

It forms part of the long-awaited new Greater Manchester Spatial Framework draft, which was signed off by local leaders and Mayor Andy Burnham in Manchester yesterday (Monday 7 January 2019).

The original blueprint sparked huge controversy in Rochdale and across Greater Manchester - largely over the amount of green belt land proposed to be sacrificed for new homes and businesses.

When Mr Burnham was elected in May 2017, he told officials to go back to the drawing board – expressing an ambition for ‘no net loss’ of green belt and a ‘significant reduction’ in the amount of protected land included in the plan.

Rochdale Council believe they have addressed the most controversial aspects of the original plan, while retaining a vision that will see the borough become a key player in Greater Manchester’s economic future.

Under the new plan, just shy of 60pc of the borough would still be retained as green belt – giving Rochdale the highest proportion of green belt of any of Greater Manchester’s borough.

Council leader Allen Brett said the Council had taken residents’ concerns into account, while ensuring they seized the opportunity for future prosperity.

He said: “Rochdale is a hugely ambitious borough and we’re planning for major growth in the future.

“By bringing thousands of new jobs and homes, as well as substantial investment, this plan will help us play an even bigger role in Greater Manchester in the future and bring our prosperity in line with other parts of the city region.

“This plan gives us a once-in-a-generation opportunity to address these challenges and significantly boost our economy, while still remaining the greenest borough in Greater Manchester.”

The Northern Gateway will utilise land between junctions 18 and 19 of the M62 motorway, close to Heywood Distribution Park. This will include 600,000 square metres of new employment space.

The joint-site, which includes another 600,000 square metres of land in Bury, was in the previous spatial framework plan, and council officials say research they have carried out suggests the land is ‘extremely attractive’ for employment use.

However, the site has now been ear-marked for ‘high end’ advanced manufacturing’ with links to universities.

A new rail connection could also be developed from Heywood via Castleton, alongside the extension of the Metrolink to Middleton.

The size of this development here has been scaled down from the previous plan, following objections to the loss of green belt around Tandle Hill Country Park.

But it is still earmarked for around 100,000 square metres of employment space and 900 new homes. There are also proposals for additional school places at Thornham St John Primary School and a ‘green wedge’ around Thornham Lane.

This is a plan to expand Kingsway Business Park on the south side of the M62, linked to by a new access road from Junction 21.

This will provide more than 130,000 square metres of new employment land as well as 182 extra homes.

The location of the site makes it ideally suited for advanced manufacturing, logistics and other growth industries such as engineering, automotive and energy and environment businesses as well as professional services.

The plan seeks to take advantage of its accessible location complementing other opportunities within the M62 North East Corridor.

Plans to build 750 homes in Bamford and Norden were a major bone of contention in the original spatial framework proposals – particularly as it involved the loss of sports pitches and facilities in the area.

However, that has now been reduced to a figure of 450 homes – meaning that, not only will the recreational land be saved – but any development in the area will have to come hand-in-hand with a commitment to improve and enhance those amenities.

Many of these homes are expected to tend towards the high-quality, more expensive end of the market.

Mark Robinson, assistant director of economy at Rochdale Council, said: “If we are to attract businesses into Rochdale, we have to have a housing offer to attract those businesses as well.

“We can’t just have the employment (development), we have to have the housing offer that attracts the employees for those businesses as well.”

A new addition to the plan, the restoration of the Grade II* listed Crimble Mill and development of nearby Mutual Mills, in Heywood, could provide up to 250 high-quality new homes.

The development has replaced a previous proposal to build at Lane End, which has now been withdrawn from the spatial framework.

Mr Robinson said: “We think Crimble Mill has a much more coherent regeneration story to tell around that site and overall we don’t need the same amount of housing we needed last time so that’s been withdrawn.”

This is another site where housing is expected to tend towards the high-end.

This site would deliver 125 high-quality homes, all built on the eastern side of the site to keep encroachment on to the green belt to a minimum.

There will also a temporary rail halt and parking to allow the extension of the East Lancashire Railway (ELR) from Heywood to Castleton, and potentially a tram-train trial project.

Meanwhile, the western half of site will be redeveloped as an area of open space or a nature conservation area and kept within the green belt.

The proposals also include road improvements and a new cycleway.

Another new addition to the plan, these 250 homes essentially replace the proposal to develop on green belt land south of Newhey in the original draft.

A brownfield site within the green belt, it sits close to the M62 and tram stop and will come hand-in-hand with a new Metrolink park and ride.

It will also end residents’ concerns over a resumption in quarrying activity.

There are plans to build 300 new homes in this ‘attractive setting’ next to Hollingworth Lake and Rochdale Canal.

It is hoped this will meet housing need in the area as well as luring – and retaining – higher income households.

A new primary school is needed in the area and it is thought the site will provide an ideal location for serving Littleborough and Smithy Bridge’ given it lies between the two.

This site would include around 360 new homes – including higher value housing – on land south of Crown Business Park.

There would also be a new primary school and extra secondary school places to meet demand arising from the new development.

The proposal also includes ‘attractive walking and cycling routes’ to the centre of Castleton and the train station.

Land in the Roch Valley

Up to 210 homes would be built next to existing residential areas on the northern half of the site, with access mainly from Smithy Bridge Road.

Pedestrian and cycle routes through the valley would be maintained and enhanced to promote active lifestyles and provide routes to vital services and transport links -notably Smithy Bridge railway station to the south and the bus corridor on the A58 to the north.

There would also be funding to support new school places.