You are Here: Home » News » News Headlines » Rochdale not one of latest Marks and Spencer stores put forward for closure 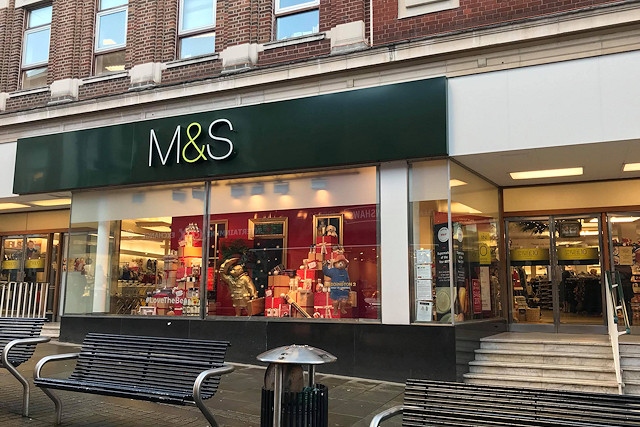 Marks and Spencer on Yorkshire Street

The Rochdale branch of Marks and Spencer is not one of the latest stores the retailer has earmarked for closure.

According to the BBC, the retail giant has named 17 further store closures across the country, as part of its five-year reorganisation plan to have ‘fewer stores in better locations’ - but the Yorkshire Street store has not been named as one put forward.

In 2015, the retailer was announced alongside Next as the first retailers committed to opening in the new Riverside development, which is currently underway.

Marks and Spencer re-affirmed its commitment to the Riverside retail and leisure development in Rochdale town centre last year after announcing it wanted to pull out in December 2017.

M&S will open a 50,000 square feet two storey store, including a café, in the development. Next, Boots, JD Sports and River Island will also be part of the scheme, which is expected to open to the public in summer 2020.

Around 50 people are already employed on the construction site, with the scheme expected to create 1,000 permanent new jobs when complete and boost the local economy by £17m a year.

Sacha Berendji, Retail, Operations and Property Director at Marks & Spencer said: “We’re continuing to transform M&S with pace and as part of this we are making good progress with our plans to close over 100 stores - radically reshaping our store estate to become more relevant for our customers.

"Proposing to close stores is never easy, for our colleagues, customers or the local community, but it is vital for the future of M&S. Where we have closed stores, we are continuing to see an encouraging number of customers choosing other nearby locations and shopping online.”