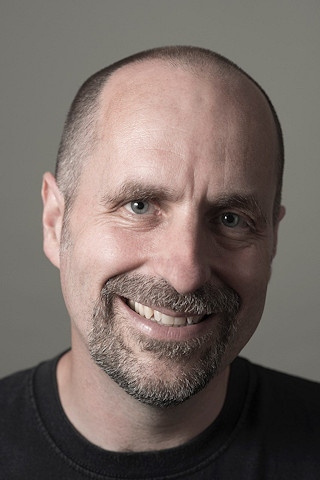 Local author Jonny Nexus has published his third novel, The Sleeping Dragon, which will be launched at Hollingworth Lake Rowing Club later this month.

The Sleeping Dragon is a fantasy novel with a twist, being set five hundred years after the invention of mass-produced magic, which has utterly transformed the story’s world. Jonny will perform a reading from the book, as well as talking about the writing journey that has led him to this point.

Jonny said, “I’m a Londoner originally, but my wife and I moved to the Littleborough area nearly three years ago. It was here that this book came together, helped in a large part by the folks at Rebecca’s, the Cherry Tree, and the Wine Press, who kept me fuelled up with coffee while I was bashing away at my laptop in their establishments. So it seemed only right that I should launch the book here, in my new home town.”

The launch will take place at 7pm on Saturday 23 February with copies of the novel available for signing.

Jonny’s wife, Jules, added, “I know how hard Jonny’s worked on this book, so I want to celebrate his achievement and give the book the best possible send off.”

“I know there are many book lovers in Littleborough,” said Jonny. “And probably quite a few aspiring authors. As someone who’s experienced all aspects of the book production process – writing, working with editors and cover artists, and producing a book in both paperback and eBook formats – I’m hoping that I can give an interesting insight into what’s involved.”

Entry to the event is free and no advanced reservations are required.