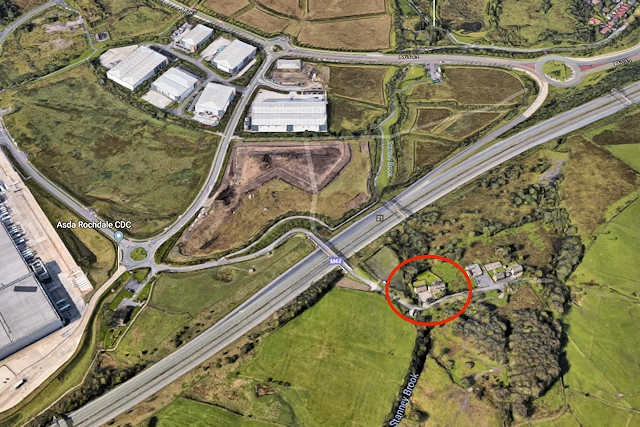 A farming family has told of their horror upon discovering their home and land had been earmarked for houses and employment space under the latest draft of the region’s development masterplan.

Paul and Diane Glynn live at Dig Gate Farm, near Milnrow, which is included within the proposed Kingsway South site under the latest version of the Greater Manchester Spatial Framework.

Under the plans Kingsway Business Park would extend across the M62 to provide an extra 310,000 square feet of employment space, while 700 new homes would also be built close to Junction 21 of the M62 ‘North East Corridor’.

But the fact their home – from which they run three businesses – and farming land had been included within one of the spatial framework allocation sites came as an unwelcome shock to the Glynn family.

“My dad phoned me up and said he had seen it – I didn’t believe him,” said Mrs Glynn.

But upon contacting council officials, she was told the family farm was indeed earmarked in the blueprint.

This immediately set alarm bells ringing as the farm buildings on the current Kingsway Business Park, were all forcibly bought by the council under Compulsory Purchase Order (CPO) powers.

She said: “We are very worried, because the land on the other side was CPO’d, the farmers didn’t get a choice – if they want the land, they will take it. That was brownfield, this is green belt, so it will be a bit more difficult, but not impossible.”

“People say it won’t happen in our lifetime, but we want to be here forever and pass it on to our children. That’s what farming families do.” 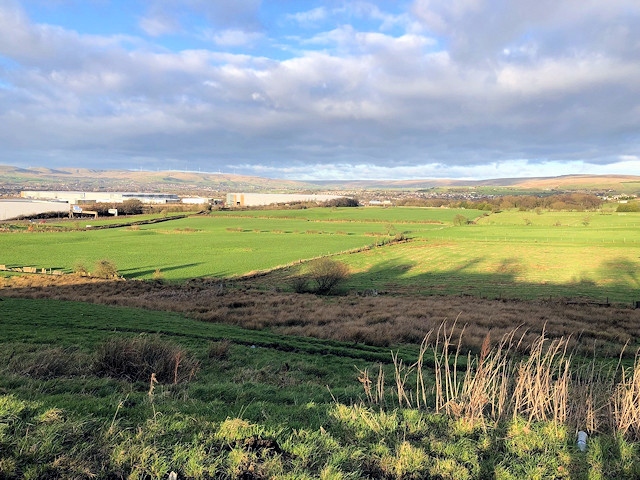 Senior council officers stress that the plan currently under consultation is a draft – and could change depending on the responses received from landowners and residents during the current consultation period.

Mrs Glynn says she has been to consultation events and been asked why she is so concerned, as the development is some years off and will be dependent on Kingsway Business Park being fully occupied.

But she says this has not offered her any sense of reassurance.

“How does that work,” she said. “If they are grabbing land now, what will they do? They say they don’t like land-banking, but what are their intentions?”

“At the time Kingsway Business Park was 40 per cent occupied, why on earth did they need any more industrial units?”

The spatial framework document says that access to and from the site in the would be via a new connection from the M62 at an upgraded Junction 21 and a new over-bridge to link the site with Kingsway Business Park.

Yet Mrs Glynn says this bridge would have to go through her family’s farmland.

“Is this what they want to do to us? Board it up, grab the land as part of a green belt grab and possibly build on it if Kingsway fills up?

“And they want to know what the problem is and why we are so worried!”

The new homes would include ‘higher value properties’ – for professionals who would work in advanced manufacturing, engineering and logistics at the extended Kingsway Business Park.

But Mrs Glynn, says this would be of no benefit to sons Mark, 25, Reece 23 and 20-year-old daughter Leanne, all of whom still live at home.

“The houses are supposed to be for directors and executives, so again the kids are missing out. They are still all at home because they want to live in Milnrow but can’t afford to live in the area.”

Planners say a ‘significant proportion’ of the east of the site would be retained as green belt, to maintain the separation between High Crompton and Newhey.

But Mrs Glynn added: “They don’t understand living in a village, they are trying to create a town, but it’s a village, with a village spirit.” 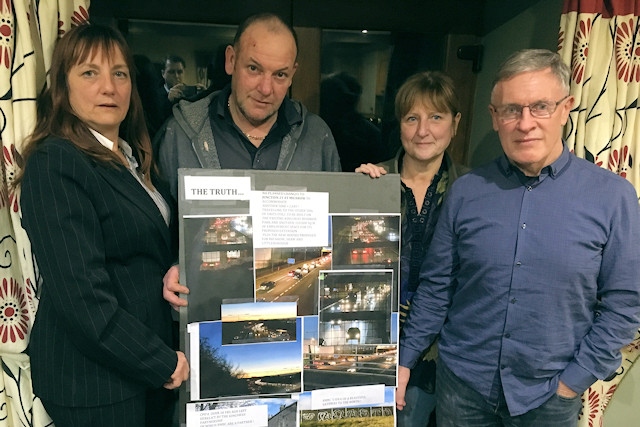 Chris Sandham, of Save Our Villages – Milnrow and Newhey – is fighting against the proposals for Kingsway South – as well as plans for a further 250 homes at Newhey Quarry.

He claims that the infrastructure of the area would not be able to cope with the developments – and that ‘precious’ countryside would be lost.

He said: “The countryside is very special to people, it’s the breathing space between Rochdale and Oldham, it’s the lungs of the area.

“And it’s also for our health reasons it’s a good thing, because of the mental health and wellbeing part of it. If we lose this it will just become an urban sprawl, I don’t think people will enjoy living around here.”

Mr Sandham says he is concerned increased traffic congestion will lead to higher levels of air pollution. And villagers also fear that schools and doctors surgeries will not cope with a significantly larger population.

“I don’t think councils are thinking about the existing population that will affected by all these problems that will come along,” he said.

Campaigners also want planners to look again at potential brownfield sites and whether there is extra scope for building in and around town centres.

And Mr Sandham says the group remains optimistic that the spatial framework could be significantly changed through the ongoing public consultation.

He said: “Yes, we do have hope, that’s why we’re standing up and being counted, we do think we can turn their heads into some sort of changes. At the moment I don’t think they are listening to anybody.

“They don’t seem to be wanting to listen to us, if they listened to us, we could put ideas forward and stop building on the green belt. There could be other ideas put forward when it comes to development – and industrial development as well.”

Rochdale Council is urging residents and land owners to have their say on the latest Greater Manchester Spatial Framework proposals.

The consultation can be found on the Greater Manchester Combined Authority web site.