You are Here: Home » News » News Headlines » Residents and politicians unite to Save Our Villages at greenbelt meeting

Residents and politicians unite to Save Our Villages at greenbelt meeting 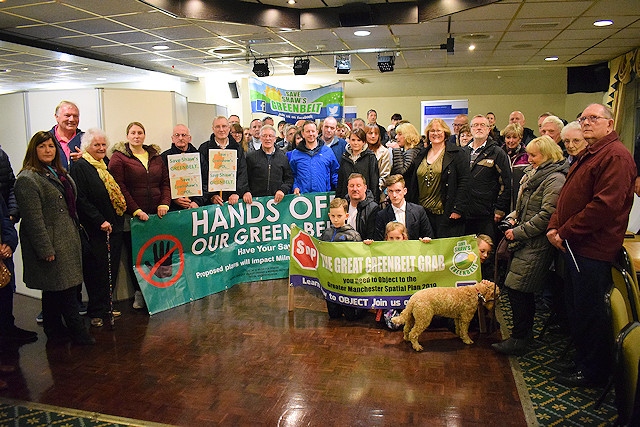 Under the latest version of the region’s development blueprint, the net loss of local greenbelt in the proposals has reduced from 4.6% to 2.9%, with the Pennines region having the greatest concentration of proposed new green belt sites in Rochdale.

However, 300 new homes have been earmarked for Smithy Bridge, and a further 210 within the Roch Valley.

Kingsway Business Park would extend across the M62 to provide an extra 310,000 square feet of employment space, while 700 new homes would also be built close to Junction 21 of the M62 ‘North East Corridor’.

Chris Sandham, a spokesperson for the Save Our Villages (Newhey & Milnrow) Protect Our Greenbelt Group, said: “A lot of people are concerned about the building on our countryside and the effect on our infrastructure; the proposals seem like overkill.

“It was marvellous to be supported by the other campaign groups and politicians, as we all have the same goal.

“We understand there needs to be a plan, but this will be taking our most natural asset away if it’s built on. We have a joint plan with the GMSF, but a disjointed communication plan by local authorities.

“We need to explore more brownfield sites, as we could do so much more with them.” 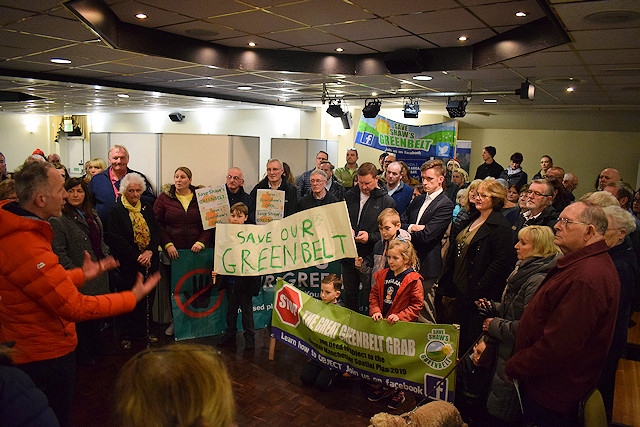 He added: “I have been involved with this over time, and I am of the line that it should be brownfield first. No plan isn’t an option, but there are plenty of brownfield sites: we should be using the greenbelt as the very last resort.

“People are frustrated at how we can make our voice heard and object. Unless we formulate a strong plan together, we will lose our countryside.” 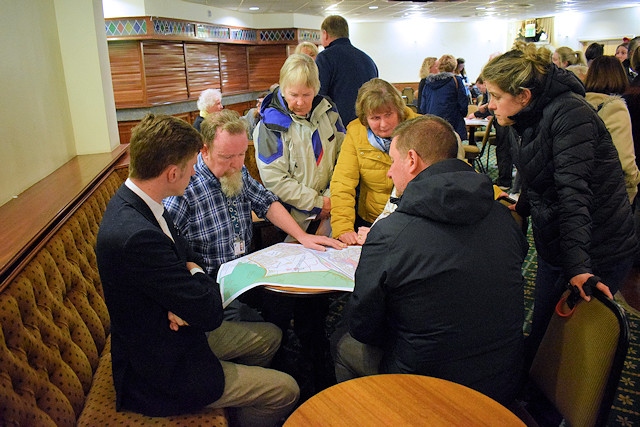 Liberal Democrat councillor for Milnrow and Newhey, Irene Davidson, commented: “It was a brilliant meeting. Lots of people attended and it was a good evening. There were lots of questions asked, and people maybe didn’t get all the answers they wanted, but they put alternative ideas forward.

“So many people turning out just proves that people are bothered by this, and there are lots of questions to be asked and answered. The people who attended know what can and can’t be done, and I was very proud to be in the same room as them.”

Conservative councillor Ashley Dearnley, ward councillor for Wardle and West Littleborough, agreed: “It was an excellent meeting with residents from across the Pennines able to talk about their concerns, and I fully support their views.

“People were clear about what they wanted, and I was pleased to see such commitment at a very level-headed meeting. There will be plenty of action in the weeks ahead, and I hope the council will take notice.”

A public meeting, called for by Save Our Villages (Newhey & Milnrow) Protect Our Greenbelt Group will take place this week at Milnrow Cricket Club at 7.30pm on Thursday 21 February.

A similar public meeting in Bamford earlier this month packed out Bamford chapel with hundreds of residents turning out to oppose the plans.