You are Here: Home » News » News Headlines » Soldiers who died 75 years ago during World War Two

Soldiers who died 75 years ago during World War Two 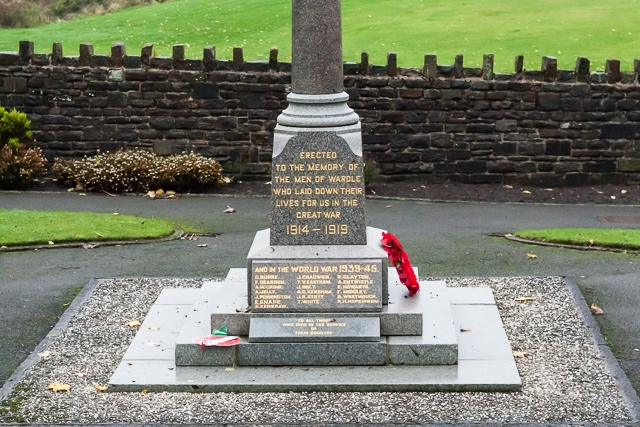 Leslie was born in Ulverston during 1917, son of Stephen and Doris Roberts (nee Bogart) who were married in Oldham during autumn 1916.

Leslie joined the Royal Army Service Corps and as Driver T/64243, 218 Air Liaison Sec was wounded in Italy and it is likely that he died in the 2nd General Hospital in Caserta on 6 March 1944.

Leslie is not remembered on any known local war memorial, but as at the time of his death his parents lived in Broughton-in-Furness, Lancashire he may be remembered in that area.

Peter was born in Milnrow on 22 January 1920, the son of Charles and Ada Jones (nee Landamore) who lived at 11 Shaw Road, Newhey.

He had two sisters, Sarah J and Lily and two brothers William A and Ernest W.

Peter joined the Royal Artillery, 174 Field Regiment but he unfortunately he contracted Pulmonary TB from which he died on 1 March 1944.

Harry was born in Rochdale on 30 May 1921, the son of Harry and Margaret Hymer Horrocks (nee Braddick) who were married in Rochdale in late 1919.

Harry had a younger sister, Kathleen born in Rochdale in 1927.

The family subsequently moved to Marton, Blackpool where Harry was employed in Blackpool Borough Surveyors Department.

Lieutenant Horrocks was awarded the Distinguished Service Cross (DSC) for sinking a U-Boat whilst serving on HMS Archer.

Harry later died on 25 March 1944 from multiple injuries due to a flying accident and is buried in Blackpool (Carlton) Cemetery, grave B43 and is remembered on St James & Blackpool War Memorial

Anthony was born in Rochdale on 23 April 1920, the son of Dr Sam Boyer and Ellen Brentnall (nee Lowe) 150 Drake Street, Rochdale and had an older sister, Catherine born in 1918 and younger brother, Timothy M who was born in 1923.

John was studying at Manchester University at the outbreak of war and as an officer of the Lancashire Fusiliers Territorial Battalion he was called up for service.

Due to his age he was not old enough to go to France so applied for and was granted a transfer to the RAF.

Anthony trained in Canada, gained his ‘Wings’ and returned to the UK late in 1943.

Latterly, Flying Officer Brentnall was engaged in instruction duties but was seriously injured in an accident aircraft involving Miles Master II (DL852 of No 5 (P) AFU) which crashed near Condover hitting a tree whilst flying in fog.

Anthony was transferred to a northern hospital but he didn’t survive an operation and died on 29 March 1944 just a month before his 24th birthday.