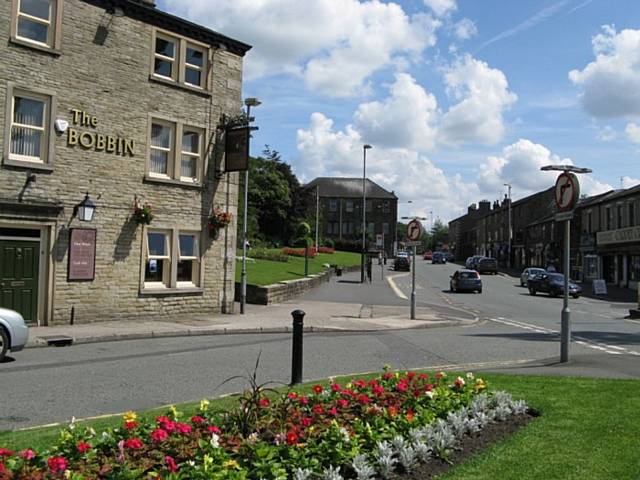 A village resident watch group is looking for volunteers to help keep Milnrow and Newhey’s streets safer through the innovative Street Watch scheme.

Milnrow and Newhey Resident Watch, set up in August 2018, has been working on a local Street Watch scheme with Inspector Robert MacGregor, neighbourhood officers and local PCSOs for around six months.

Street Watch is about local residents promoting good citizenship and supporting a better neighbourhood by patrolling their own streets. They provide visible reassurance and appropriately engage, in local issues that matter most to the community.

A spokesperson for the Milnrow and Newhey Resident Watch group said: “The presence and activities of Street Watch members will have a significant and positive impact on quality of life issues within our community.

“We are aiming to prevent crime by increasing visibility and maintaining a caring and cohesive community, and increase feelings of safety by promoting a sense of security and community spirit.

“We will liaise with local police to encourage positive information sharing and partnership.”

Chief Inspector Mark Warner of GMP’s Rochdale division said: “As part of a trial scheme, we are currently working alongside the Milnrow and Newhey Resident Watch and members of the local community to empower residents to report concerns and engage with our officers.

“I want to stress that this scheme is not to encourage members of the public to put themselves in danger and interject in incidents of crime, but to support intelligence-led community policing and offer additional help and support which has gone through the appropriate safeguarding protocols.

“As part of GMP’s Citizen Contract, we are keen to facilitate greater involvement of the community in helping to keep their area safe – the more eyes and ears keeping a watch on local areas the better as this will deter offences happening in the first place.

“We will be working closely with members of the community that are a part of this scheme and following an evaluation if the scheme has shown benefits and positive results, we will look to establish other schemes across other areas.

“However, as this is a pilot scheme we would kindly ask that residents outside this group refrain from engaging in other community action groups.

“We currently have specific operations in place to address crimes in the area including youths causing anti-social behaviour. This includes regular dedicated patrols at particular spots that are known to cause concern or issues in the community. In recent weeks, we have had a number of positive results, from all areas of crime, following work with partner agencies, including several arrests.

“If you do see something suspicious, please report it to your neighbourhood officer, speak to us on LiveChat via our website or dial 101. Always call 999 in an emergency.”

Those aged 18 and over who live or work in the Milnrow, Newhey and Firgrove areas are encouraged to volunteer.

Anyone wishing to take part in the Street Watch scheme should email Milnrow and Newhey Resident Watch: milnrow.newhey@gmail.com