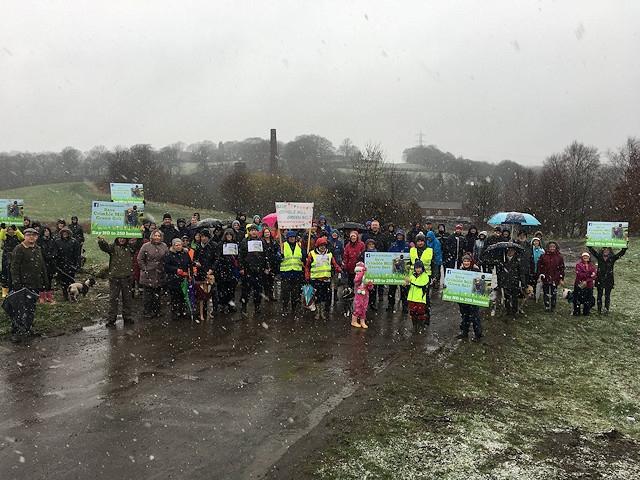 Scores of campaigners braved horrendous weather to protest against plans to build on greenbelt land on Sunday (10 March).

In a last protest before the Greater Manchester Spatial Framework (GMSF) consultation closes on 18 March, around 70 residents and members of Save Crimble Mill Green Belt marched around Heywood’s Crimble area in sleet, snow, hail and rain.

The group met at the water fountain in Queen’s Park at 10am, walking around Mutual Mills to Crimble Lane before returning to Queen’s Park, which has itself been put forward under the GMSF as ‘new’ greenbelt land.

Save Crimble Mill Green Belt was formed in late January by Iain Brown and other Heywood residents in response to the development. Crimble Mill has been included in the latest draft of the Framework, replacing a previous proposal to build at Lane End, Heywood, which was in the first draft of the controversial Greater Manchester Spatial Framework. 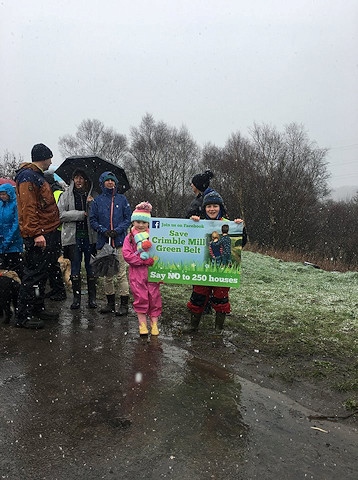 A former cotton mill, Crimble Mill has been listed on the national Heritage at Risk Register since 2005 and is defined as a building at immediate risk of further rapid deterioration.

Gary Fieldhouse, one resident who took part, said: “Huge thanks to those that were able to come and show support in the most horrible weather and those who have supported our campaign by completing their comments on the various planning portals.

“It's easy to have a march on a day when it is not raining, snowing nor sleeting. Your continued support in proving the levels of determination that this local community has is humbling.” 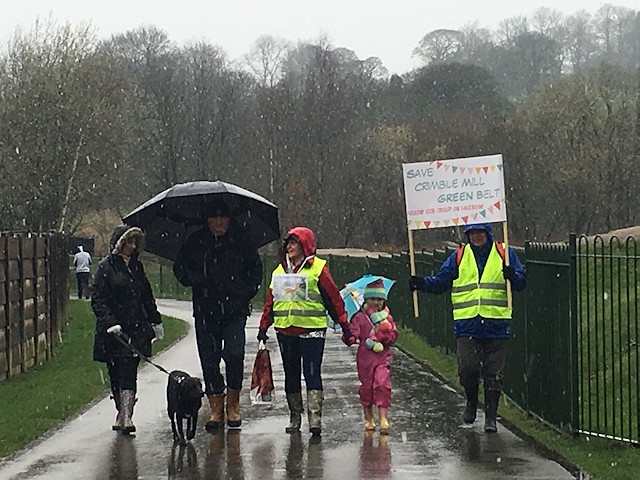 The Grade-II* listed mill and the surrounding fields have been identified for change of use to develop around 250 houses, prompting concerns about flood zones, impact on the schools, wildlife and unregistered coal mines.

Concerns have also been raised about suspected clean-up activity on the site and sightings of trailers with road chippings frequenting the mill.

Mr Brown, who helped form the group, said: “The proposed land to be used in the site is greenbelt land. In the proposal, the same plan also says Queen’s Park will be given greenbelt status so that it has a higher level of protection in the future against any potential building plans. Yet this plan intends to do just that and build 250 houses on greenbelt land. Is Queen’s Park next?

“The Rochdale area has got many other areas of brownbelt sites which can and should be exhausted before the destruction of the greenbelt. Whilst the brownbelt may require a clean-up cost – this is a onetime cost to the development. Destroying the greenbelt is a lifetime cost.

“I would urge everyone to send a letter or email of objection. Every person in your household over the age of 13 can send one. The wording can be the same or similar, but you need to change the name, and email address.

“You must include your name, address and postcode, details of the site – GMA 25 Crimble Mill – and complete a separate letter or email for each site you are objecting to.” 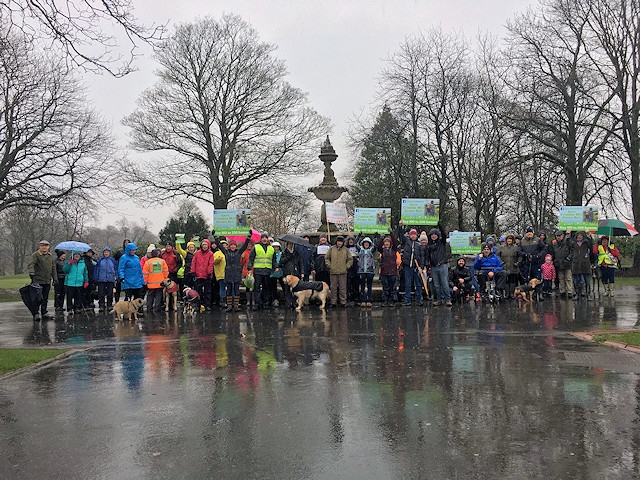 The consultation for the Greater Manchester Spatial Framework, currently in its second draft, will close on Monday 18 March 2019.