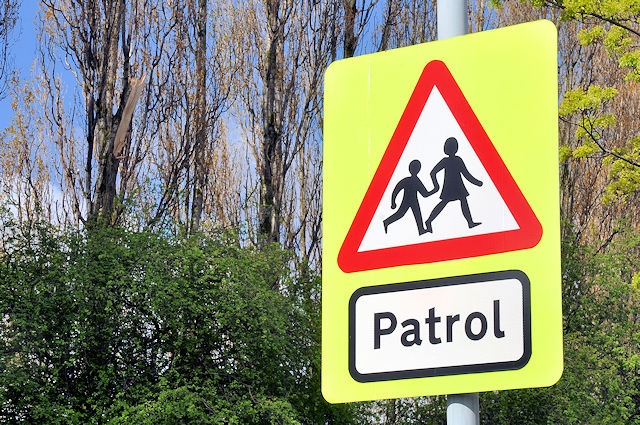 Rochdale Council could axe lollipop crossing patrols at 40 schools that are rated as low risk, according to a report.

Official papers last week revealed that the cash-strapped authority was to cut crossing patrols at dozens of primary and secondary schools in a bid to save cash.

Council officers say they can no longer afford to pay for lollipop patrols where the road safety risk to pupils has been rated low by its highways department.

However, they refused to release the names of the schools affected on the grounds the decision made in private by cabinet members was still within a 10-day call-in period.

But the Local Democracy Reporter Service has now seen a document known as a RAG assessment which was used to rate crossings as red, amber or green (high, moderate or low risk) with those in the latter category facing the chop.

A total of 40 schools have been identified that will lose at least one crossing, according to the RAG assessment.

Some schools share crossings, and documents suggest a total of 31 patrols could be withdrawn unless governors opt to pay the council £4,000-per-year to keep them going.

Some schools have more than one crossing and will keep paid-for patrols at points where the road safety risk is high or moderate but would lose them where it is rated low.

An example of this is Hollin Primary School in Middleton.

The school will have to pay to keep its Waverley Road patrol in operation from September, but it will continue to be served via shared crossings at Rochdale Road and Hollin Lane.

But others such as St Patrick’s RC Primary School, in Foxholes Road, face potentially losing its three patrols (all shared) from September.

Rochdale Council says it can no longer afford to pay to for crossings at low-risk spots, but will continue to provide the service provided schools stump up £4,000 per year to keep them going.

Officers say that school resources have also been assessed in coming to the decision and the charge is relatively small given the size of school budgets.

But Jane Norton, headteacher at Crossgates Primary School in Milnrow, last week said the money should be going on pupil’s education, not filling in for council cuts.

The decision has been lambasted by Liberal Democrat leader Councillor for Milnrow and Newhey, Andy Kelly, who described the move as both dangerous and emotive.

He said: “In Milnrow and Newhey for example, patrols on Kiln Lane (for Crossgates) and Huddersfield Road (for both Newhey CP and St Thomas CE schools) are being withdrawn.

“These are not only two of the most dangerous and overcrowded roads in our ward but, to add insult to injury, both are direct routes to proposed new housing plots in the Greater Manchester Spatial Framework.

“And in a further swipe, he accused council bosses of forcing schools to foot the bill from their already stretched budgets.

“Let’s not forget that this is the same council that voted through a pay rise at a minimum of 34% per councillor in 2016. They had no problem finding the money for that.

“Schools will be forced to pay for crossing staff from their own budget or put their pupils lives at risk. The may as well be paying for councillors pay rises directly.”

He has now urged councillors to think again before pressing ahead with the changes when the new school year begins in September.

He said: “It is time for an outbreak of common sense on this issue and I’m urging schools, parents and children to ask their councillors and the council leader to reconsider this rash and dangerous decision.”