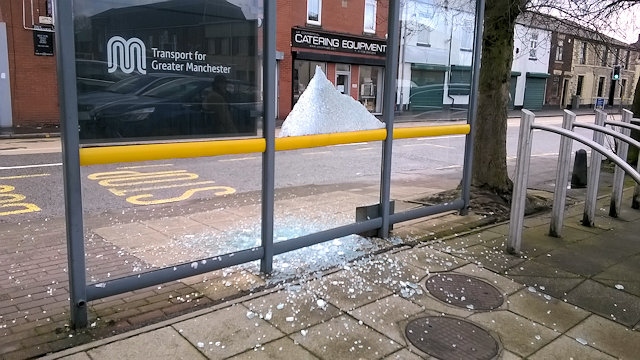 Rochdale bus shelters which were damaged over weekend are due to be repaired on Wednesday (13 March).

Two shelters on Milnrow Road, one near to the junction with Kingsway and the other near Palatine Street, were visited on Tuesday (12 March) and cleared of glass after they were smashed over the weekend.

Speaking on Tuesday, a spokesperson for Transport for Greater Manchester said: “We had reports of damage to two shelters on Milnrow Road, one near to the junction with Kingsway and the other Palatine Street.

“Both sites were visited this morning and glass cleared.”

At least one other shelter was also damaged, near the Wellfield Surgery on Oldham Road.