Throwline installed at Greenbooth Reservoir in memory of Paul Lawson 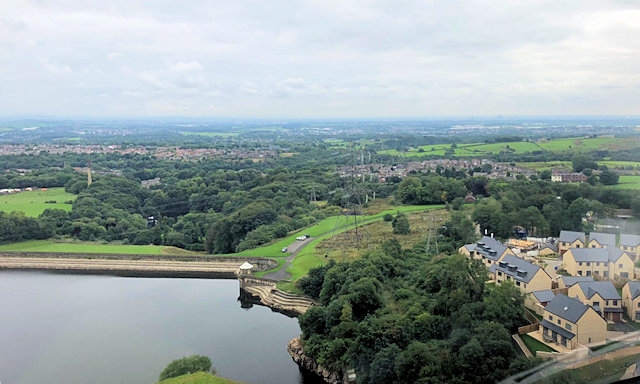 A throwline in honour of Paul Lawson has been unveiled by his family at Greenbooth Reservoir on Thursday 4 April.

In a special event hosted by United Utilities, Paul’s family unveiled the new throwline, which has been installed in his memory at the reservoir near Rochdale, the site where Paul, 16, tragically died in June 2017.

Throwlines are being installed at 20 locations around eight reservoirs across Greater Manchester and Lancashire, each dedicated to the memory of someone who lost their life.

Martin Padley, Water Services Director at United Utilities, said: “The land around our reservoirs is a wonderful natural resource and we want to do everything possible to encourage people to visit and enjoy the health benefits of being out in the countryside.

“However, reservoirs are too dangerous for swimming and despite our best efforts to raise awareness of the dangers there are always a few who will take a chance. Sadly, four people have lost their lives over the last two years in the North West alone.

“We hope the throwlines and the information displayed with them will help deter people from swimming and, if the worst should happen, it could make the difference between life and death.”

The throwline’s information board provides advice on how to help in an emergency and pinpoints an accurate location for fire and rescue services.

Area Manager Paul Etches from Greater Manchester Fire and Rescue Service said: “We are really pleased to be working on this safety campaign with partners to help raise awareness of the throwline boards which have recently been installed at seven locations across Greater Manchester where people have lost their lives. It is also great to have family members who have lost loved ones involved in this piece of work and reaching out to prevent others suffering the way in which they have.

“Our firefighters are trained in water rescue but sometimes it just isn’t possible to get to people in time to save them. We have sadly seen 17 people drown Greater Manchester in the last three years alone, with many others suffering injuries.

“As the warmer weather approaches, we want to remind people about the dangers that come with swimming in reservoirs and other open water. The throwlines can buy valuable time and help people keep their head above the water until firefighters arrive to help, however, we urge people to stay out of the water – it can be very deep and cold enough to cause shock and even the strongest swimmers can find themselves in difficulties.”

If the throwline pilot scheme is a success, United Utilities will consider rolling it out to other reservoir sites around the North West.