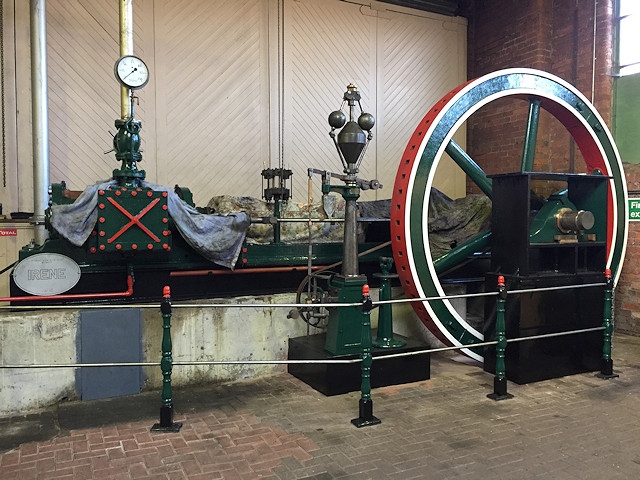 Having lain outside for many years, Irene, a horizontal single cylinder engine, has undergone extensive refurbishment, leading to it being crowned the best project by the Association for Industrial Archaeology (AIA) and Dorothea Restorations.

The award’s purpose is to support and encourage voluntary conservation work on sites and artefacts of industrial, agricultural, and domestic importance.

Formerly known as the White Engine, Irene was last used at Potclays Ltd in Stoke-on-Trent (previously Kirklands factory), a clay and glazes manufacturer for craft and industrial ceramics.

The engine, which was constructed in Nottingham, was removed in 1983 and reportedly unused for a number of years.

Zoe Attwood, Ellenroad chair, said: "The volunteers have worked extremely hard restoring Irene and this award pays tribute to that.

“Special thanks go to David Pope for putting together the winning submission.”

Now located in the museum’s main hall, the Irene engine has been tested under steam and an official opening will be planned for later in the year.

The Ellenroad museum opened in 1985 to ensure the preservation of Ellenroad Engine House and engines. Although the mill was closed in 1982 and its buildings later demolished, the engine house, steam engine and the boiler house chimney were all retained and maintained.

In 2011, the historical attraction was singled out for the ‘Heritage Award’ at the North West in Bloom Awards.

The award-winning engine house opens the first Sunday of every month and is next in steam on Sunday 5 May for its classic and vintage vehicle show.