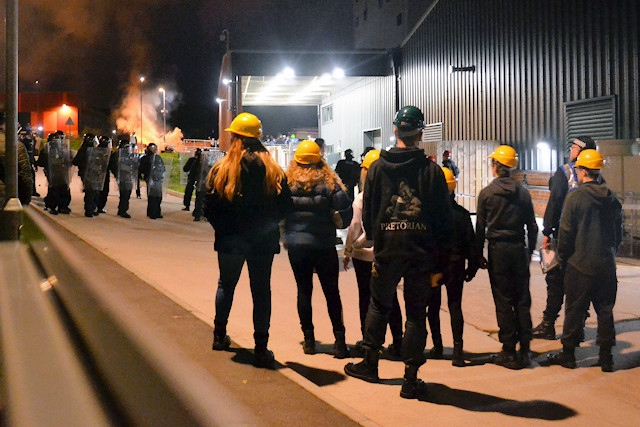 In total 30 students from the College’s Middleton campus, studying to one day become police, fire and military service personnel themselves, were invited to the Greater Manchester Fire & Rescue Training Centre in Bury over a four week period to take part in staged riots.

Whilst the students played the roles of both innocent members of the public and rioters, officers were taking part in the intensive training courses to reclassify their high level public order skills. This also gave the student groups the perfect opportunity to learn first-hand by being an integral part of the police’s training.

Each evening, the students were split into groups and given the task of throwing missiles at the approaching officers, causing them no end of problems to overcome in this stressful environment. 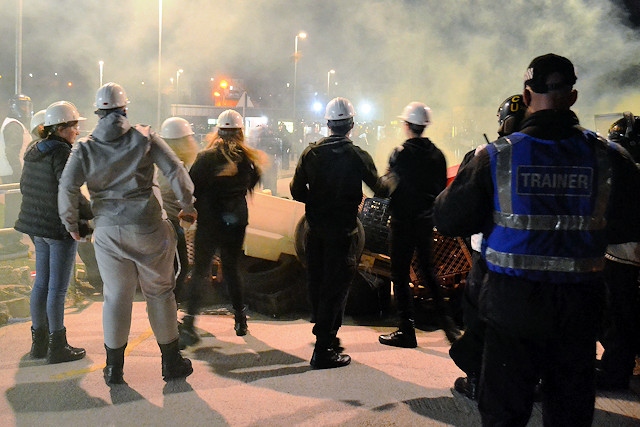 It gave the students the opportunity to experience the reality of large scale disorder as well as a real appreciation of how the police deal with these situations and both the discipline and teamwork required to work in such an environment.

Lia Bottomley, a UPS Level 3 student, said of her experience: "I've been three times now and enjoyed the whole experience. You never get to see this side of policing, it gave me a real appreciation of the dangers police officers face on a daily basis."

Similarly, Level 1 UPS student, Michael Hughes, said: "I've always wanted to join the police and work as a detective but this has really made me realise the diversity in the role and it’s made me even more determined to succeed in working towards my chosen career."

The Police Public Order Training Unit (UT5) at Greater Manchester Police were so impressed by the students that attended over the 5 evenings, that the college has already been invited to attend next year’s training.