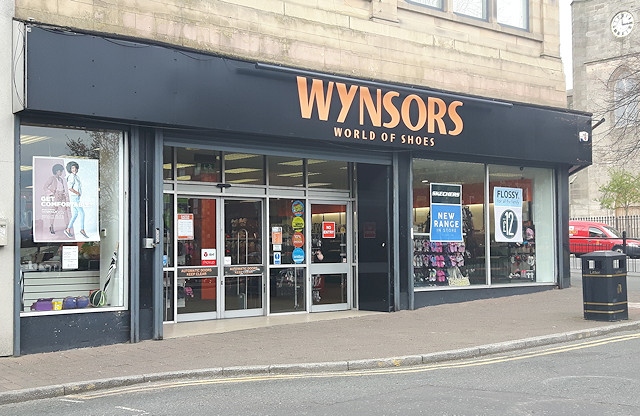 Springhill Hospice will be the Rochdale Wynsors store’s new fundraising partner for the next year.

The footwear retailer has recently relaunched its charity initiative, which previously saw all funds raised over the last two years donated to the national charity, Cancer Research UK.

This new initiative will see multiple local charities receive support from the 45 stores across the North of England and Yorkshire.

Colleagues across the company were encouraged to put forward deserving causes that hold meaning to them to ensure that their fundraising efforts make a difference in their own communities.

Springhill Hospice has been recognised by colleagues at the Rochdale branch on Yorkshire Street for the work that they do within the local community and have been confirmed as the store's fundraising partner for the year.

Springhill Hospice first opened its doors back in 1989 and is a 16-bedded purpose-built facility offering specialist palliative care to patients and their families.

The hospice, based on Broad Lane, is very much embedded in the community and receives huge support from the people of Rochdale and surrounding areas.

“We look forward to working with Wynsors and seeing what the partnership brings.”

Linsey Porter, store manager at Wynsors Rochdale, said: “We’re so pleased with the introduction of the new charity initiative which will see each of the store teams making a difference in their own community.

“Being able to support such a valuable local cause as Springhill Hospice over the course of the next year is fantastic and we’re excited to see all money raised be put to good use in our local area.

“We understand that donations are vital for smaller charities to continue with their hard work and it’s great to be able to offer our ongoing support to a cause that’s close to all of our hearts.”