You are Here: Home » News » News Headlines » The Coral and The Hoosiers announced for Rochdale Feel Good Festival

The Coral and The Hoosiers announced for Rochdale Feel Good Festival 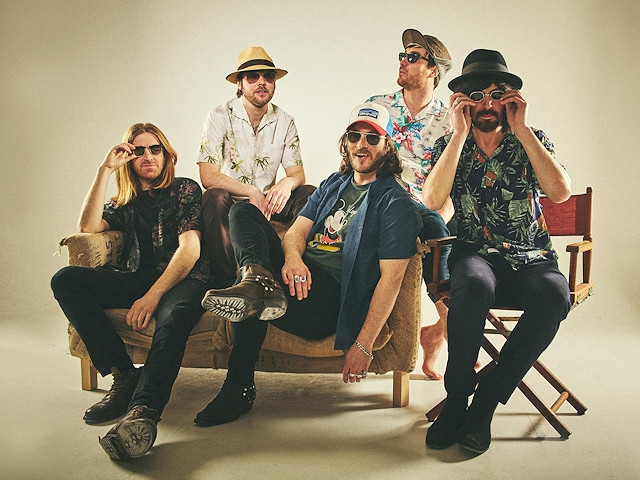 The Coral will headline Rochdale Feel Good Festival this summer

The Coral will headline Rochdale’s Feel Good Festival this summer taking to the main stage for a free show in Rochdale Town Hall Square on Saturday 10 August.

The Wirral 5-piece have sold well over a million albums since their debut EP release in 2001, accumulating six top ten hits - including the chart topping ‘Magic and Medicine’ which was also nominated for 2003’s Mercury Music Prize. They’ve amassed eight top 40 singles, plus one platinum and two gold albums. The band have played sold-out tours and the main stage at some of the UK’s biggest festivals including the Pyramid Stage at Glastonbury as well as supporting acts including Oasis, The Manic Street Preachers and Blur, with their upbeat indie rock hits resonating across the generations.

With a string of well-known hits including ‘Dreaming of You’, ‘Pass it On’, ‘In the Morning’, and ‘Don’t think you’re the first’, The Coral were hailed as the first English band of the 21st century’s guitar group revival. Their most recent critically acclaimed album ‘Move through the Dawn’ hit the top 20 last year and they followed up their sell-out UK tour with a stunning televised set at the BBC 6 Music Festival in their home city of Liverpool last month.

Joining The Coral will be pop/rock trio The Hoosiers. Formed in Indianapolis, Indiana, by Irwin Sparkes (lead singer and guitarist) and Alan Sharland (drummer) their debut single ‘Worried about Ray’ shot to number five in 2007, with their follow up debut album ‘The Trick to Life’ hitting the top spot and single ‘Goodbye Mr A’ making number 4. Their follow up album in 2010 ‘The Illusion of Safety’ made the top 10 and their wide ranging upbeat tunes are guaranteed to get the crowds feeling good.

Rochdale Feel Good Festival will feature another showcase of top class entertainment, family entertainment, food and culture. There will be live music across indoor venues, a main stage against the backdrop of the town hall sponsored by The Flying Horse Hotel, plus quality food and drink.

Mark Widdup, director of neighbourhoods at Rochdale Borough Council, said: “Rochdale Feel Good Festival brings thousands of people into town every year and 2019 will be one of the big highlights of the summer. Both these bands are brilliant live and we have more exciting announcements to follow this month.”

Ben Boothman, owner of The Flying Horse, said: “The Coral are one of the great British sing-along indie bands and a quality headliner for this year’s festival. Together with The Hoosiers we’ve got two brilliant bands on the bill already with more to come. Roll on August!”

A spokesperson for Transport for Greater Manchester said: “Metrolink is delighted to be partnering with Rochdale Feel Good Festival for a fourth year. It’s a fantastic event that offers something for all the family. With Rochdale Town Centre Metrolink stop at the heart of the festival, the tram offers a quick and convenient route to and from the event.”