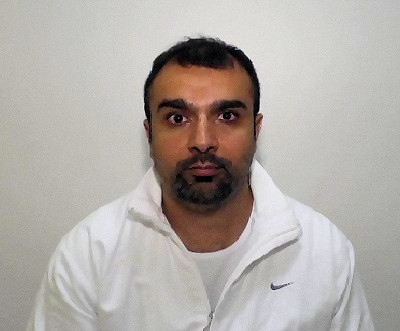 A man from Rochdale who approached a group of teenage girls in Broadfield Park and asked them for sex has today (17 April) been sentenced to two years and three months in prison.

Shahid Razzaq, 42, of Hare Street, Rochdale, was sentenced at Minshull Street Crown Court after pleading guilty at an earlier hearing to attempting to cause or incite a girl aged 13-15 to engage in sexual activity and attempted sexual assault.

He received six months’ imprisonment for attempted sexual assault, and 21 months consecutive for inciting a child to engage in sexual activity.

He will remain on the sex offenders’ register for the next 10 years and was also handed a sexual harm prevention order that will last for the same amount of time.

On Thursday 2 August 2018, a girl aged 16 was stood outside Touchstones Museum, Rochdale waiting for a friend.

Razzaq stopped in front of her. Asked for a light then offered cigarette, asking where she was going and if she wanted to meet up with him later.

After she declined, he stepped in front of her before making lewd comments and attempting to grab her.

She ran off and contacted the police.

During the evening of the same night, Razzaq was taken to Rochdale Police Station by members of the local campaign group Parents Against Grooming UK (PAGUK), who were patrolling the park that night.

PAGUK was set up in 2012 after the founders had direct dealings with or knew parents whose children had been involved with grooming or had been approached.

It emerged that Razzaq had approached a group of young girls, aged 15, 13 and 12 on the park and offered them money for sex.

After being detained, Razzaq was arrested and found to be carrying more than £300.

In interview he denied the offences committed in the park and outside the museum.

“A group of young girls had come screaming out of the park because Razzaq had approached them. They were extremely lucky. We did a live video at the time, which I did question, but it allowed his victim from earlier that night to come forward and identify him. All the girls showed exceptional bravery throughout the court case.

“The judge paid tribute to PAGUK, which was nice to hear. Razzaq now has the sentence he deserves, and his victim has closure.”

Detective Constable David Read of GMP’s Rochdale District said: “Razzaq exhibited a dangerous pattern of offending, which escalated from inappropriate and lewd advances towards a lone, young woman, to attempts at engaging in sexual activity with minors.

“I have little doubt that he set out that evening in the hope of finding a victim.

“His behaviour was disgraceful – the actions of an arrogant man who showed utter contempt for the girls he approached, who were simply minding their own business.

“We can be thankful for the intervention; quick thinking and bravery in challenging the offender has helped bring this dangerous individual to justice.

“We’re pleased with today’s sentence and hope the girls involved can get on with their lives knowing that this man is off the streets.”