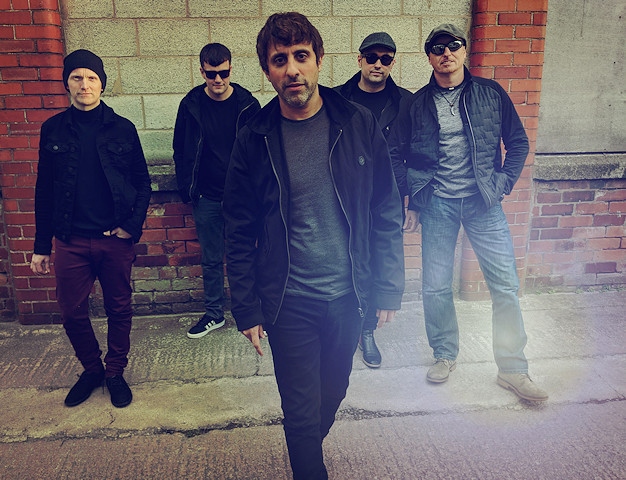 Three more acts have been revealed for this summer’s Rochdale Feel Good Festival.

Rock ‘n’ roll band Alias Kid will play the festival’s main stage on Saturday 10 August. The Manchester based five-piece created a stir in the industry when they were signed to Creation Management by music mogul Alan McGee (Oasis, Primal Scream) within their first week of live playing.

After the successful release of their debut album ‘Revolt To Revolt’ in 2015 and supporting bands including Black Grape, The Enemy and The Happy Mondays, the energetic band completed their own headline tour and then played a sold-out comeback show at The Deaf Institute in Manchester earlier this year. Now recording brand new songs again, their latest single ‘Beat Up Your Soul’ is released next month.

They’ll be joined by new singer/songwriter Ione. Her eclectic mix of soul and pop with electronic sounds has already been played on BBC Radio 1 and BBC 6 Music.  She recently played a stunning live set on BBC Radio Manchester Introducing. From Manchester, Ione has performed with acclaimed artists across the world as a backing vocalist and in 2016 she was one of the singers in the acclaimed ‘Hacienda Classical’ project, re-working some of the best dance tunes of the Hacienda era and performing them with a 70 piece orchestra.

Now Ione is focusing on writing and performing her own material, with her band. Her latest single ‘Running in the Dark’ was released earlier this year.

Another act confirmed is The Curious Incident. After an electrifying set last year, the band fronted by Kairo from South Africa will be making a welcome return to the main stage. Described as ‘pop rock with a Caribbean twist’ they have received airplay on XFM, Absolute Radio and BBC Introducing. They’ve played shows and festivals across the world and their cool summer sun kissed hook-laden melodies went down a storm in Rochdale in 2018.

Described by a national music journalist as a ‘pure blast of Vitamin D’ and influenced by the likes of UB40 and Two Door Cinema Club, their new single ‘Eating Sunshine’ is out next month.

James Sweeney from Alias Kid said: "Rochdale Feel Good Festival is looking ace this year. It has showcased lots of brand new talent in the area over the years and it’s top news that we’ll be part of it this August.”

Alias Kid, Ione and The Curious Incident will be joined by previously announced headliner The Coral, pop/rock band The Hoosiers and more to be announced, including a local battle of the bands winner.

Rochdale Feel Good Festival returns on Saturday 10 August, for another showcase of top class entertainment, family entertainment, food and culture. There will be live music across indoor venues, a main stage against the backdrop of the town hall sponsored by The Flying Horse Hotel, plus quality food and drink.