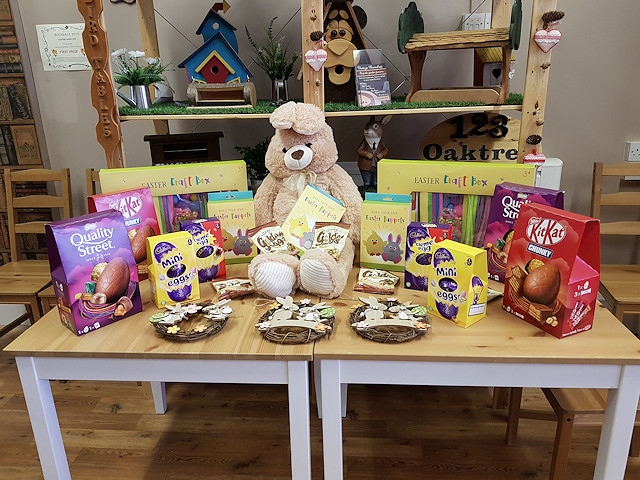 Prizes were awarded for the dinosaur egg hunt at Falinge Park

A dinosaur egg hunt held at Falinge Park turned out to be a fantastic event for all involved on Easter Monday (22 April).

Families were tasked with solving a series of riddles and puzzles to locate dinosaur eggs hidden at various locations across the park.

The glorious weather gave a wonderful start to Easter Monday, and families from the local area had a great time searching the park throughout the morning.

Prizes were awarded for the fastest time in collecting the dinosaur eggs and completing the scavenger hunt.

The dinosaur egg hunt sparked the first event of the season for Falinge Park, with upcoming events including the Annual Fun Run, Around the World Family Fun Day, Artisan Fair and Paws in the Park due to take place over the summer and the Halloween Ghost Walk & Falinge Festival of Light taking place during the winter months.

The tea rooms will also be open every Saturday from 27 April 10am - 2pm for consultations and information days on the upcoming restoration of the park.

Local residents near and far can pop in, have a chat, add ideas to the suggestion board, find out how to get involved and generally give feedback for any ideas chosen so far.