You are Here: Home » News » News Headlines » Official launch of Lady Katherine, The New ‘Lady Of The Lake’

Official launch of Lady Katherine, The New ‘Lady Of The Lake’ 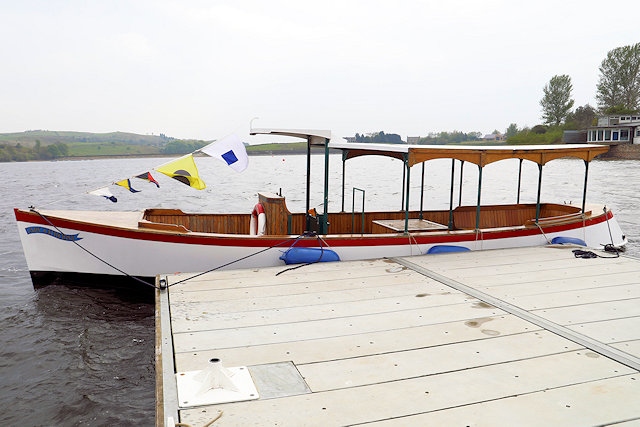 Lady Katherine, ‘Lady Of The Lake’

A very special ‘lady’ was the toast of Hollingworth Lake marking the return of a much-loved tradition which has brought joy to many thousands, dating back over 150 years.

Roger Platt, Chair of the Link4Life Board of Trustees and Councillor Janet Emsley, Cabinet Member for Neighbourhoods, Community and Culture officially launched Lady Katherine, a serene and beautiful addition to the Lake.

Of course, we can’t forget her adored predecessor, Lady Alice, who was built in 1923 and majestically cruised the Lake securing a place in the hearts of thousands of visitors.

Sadly, Lady Alice was forced into retirement due to her age around 10 years ago, but she is still fondly and affectionately remembered by so many.

The new, much anticipated Lady of the Lake arrived last June but the hot sunny weather and lack of rain meant water levels were too low for her to carry passengers.

Visitors will have spotted her as she took up residence in the middle of the lake, eagerly awaiting her maiden voyage, and her first excited day-trippers recently boarded her for the first time in the build-up to the official launch.

Lady Katherine was purchased by Link4Life, a charity which works in the heart of the Rochdale Borough community, inspiring people to live more active, creative and healthy lifestyles.

Hollingworth Lake, originally built to supply water to the Rochdale Canal, first became a popular tourist destination in the mid-1800s and rapidly became known as the ‘Pennine Blackpool’.

The advent of the railway brought textile workers and their families from across the north and it acquired the nickname of ‘th’ Weighver’s Seaport’.

The pleasure boat tradition began in 1856 with the arrival of two paddle steamers, one named ‘Neptune’.

It’s thought Lady Alice glided onto Hollingworth Lake in 1927 alongside a ‘flotilla’ of pleasure boats; The Pennine Queen, The Hilda and later, Clara.

Lady Alice was the flagship for generations and took up her place in regal history when she ferried the Queen’s Jubilee Baton bearer across the lake as the baton began the final leg of its epic journey ahead of the opening ceremony of the 2002 Commonwealth Games, in Manchester.

For her momentous voyage she was accompanied by a convoy of sailboats, kayaks and dinghies with members of Hollingworth Lake Water Activity Centre, Hollingworth Lake Sailing and Rowing Clubs and Rochdale and Middleton Sea Cadets on board, all honouring the venue’s long and established sailing tradition.

Lady Katherine will be carrying passengers from April to October. Adult tickets are priced at £5 each, under 16’s £3.