You are Here: Home » News » News Headlines » Nine in ten teachers in the north west wish schools were preparing students for more than just exams 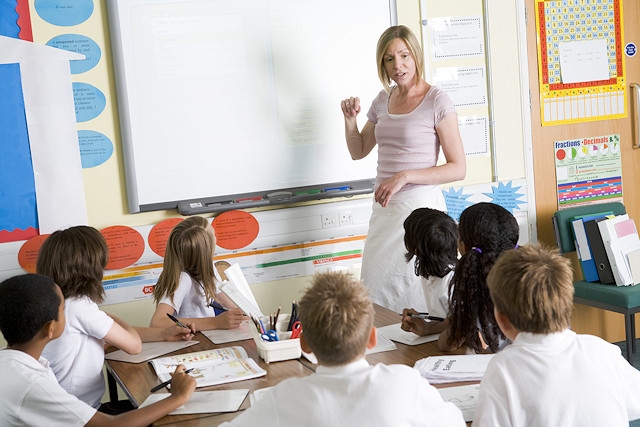 A survey out last week shows parents, pupils and teachers across the North all agree there now needs to be a significant shift in the education system. Charity Big Change and the Innovation Unit have released a new report on re-imagining education.

Survey data from YouGov and TeacherTapp shows that teachers, students and parents want less focus on cramming for exams:

Across the region teachers, parents and students all wanted to see more focus on preparing young people for the future and helping them to become good citizens:

Students in the north/Scotland wanted to see a shift in how they learn, beyond the traditional classroom setting:

The survey shows widespread acknowledgement that the education system needs a significant change, but currently, that change is not coming.

The survey also revealed three-quarters of teachers (71%) across the country, thought the Government held the most power to positively reform education. With teachers stating students (8%) and employers (5%) held the least power.

The survey results come at a time when politicians are being accused of being distracted by Brexit, with very little meaningful change to education policy in recent years.

The new report from Big Change and Innovation Unit demonstrates how important it is for parents, teachers and pupils to be brought along, as well as the communities around them.

The ‘Reimagining Education Together' report highlights twenty examples from across the world of pioneers who are making change happen in their schools, communities and on a broader scale. They show how businesses, parents, governments and whole communities can come together to reimagine education and take learning beyond the classroom.

Essie North, CEO of Big Change, said: “How we approach education - what we prioritise, how we learn and who we value - sets the tone for many patterns throughout society. Yet it is often seen as someone else’s problem, something too entrenched to change, or simply just the way things are done.

“Through exploring global bright spots of change we have seen that the journey to reimagining education starts with people from across the education ecosystem who are not prepared to accept the status quo.

“They question not only the process but also the purpose of education. They have the vision to look at what we collectively need for the long term. The courage to start the journey when there isn’t a road map. And the humility to recognise that it can’t (and shouldn’t) be done alone.

“We hope this report reawakens the potential in each of us to play an active role in how we lead change and support the next generation.”