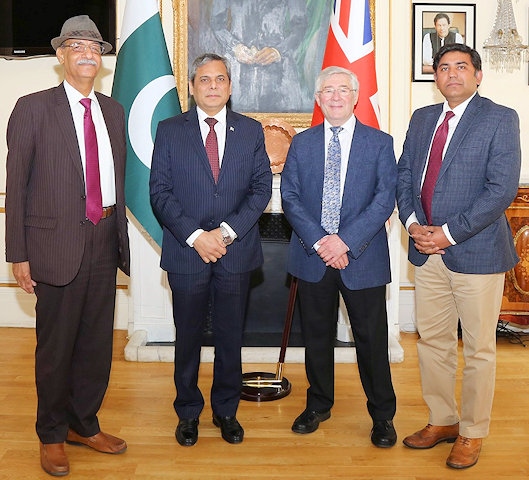 During the discussion it was noted that given the strong political goodwill and profound historical linkages, the enormous prospects for bilateral economy cooperation, which extended in a variety of sectors needed to be exploited to its full potential.

Cllr Aasim Rashid, Chair of Pakistani and Kashmiri Councillors Forum North, said: “Both sides appreciated the pivotal role being played by the Pakistani community in the development of UK's different segments of society, their contribution to the economy and strengthening of relations between the two countries.”