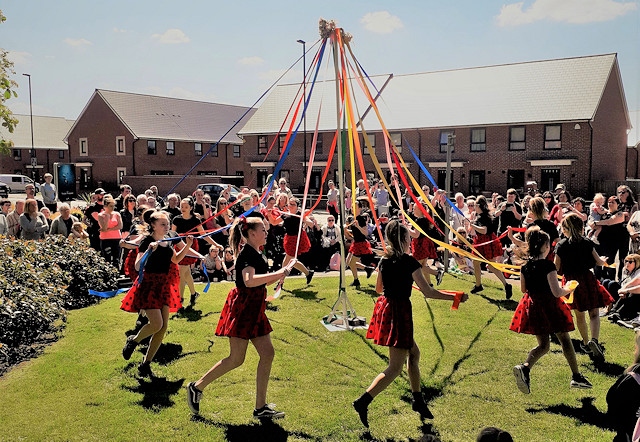 The arrival of spring was officially celebrated with the annual maypole dance in Castleton on Sunday (12 May).

Dancers from the Castleton School of Dancing twirled colourful ribbons around the village green maypole under glorious sun.

Performances were held in front of approximately 100 spectators by the choir from St John’s C of E Primary School in Thornham and Oakenhoof Morris and clog dancers.

Ward councillor and Deputy Mayor, Billy Sheerin, who read poetry on the day, said: “We had an hour of traditional fun on this lovely sunny day. It is the third year for the event, which continues to grow each year.”

Traditionally performed on May Day, maypole dancing is believed to have originated in Roman Britain approximately 2,000 years ago. The arrival of spring was celebrated by dancing around decorated trees.

Over time, the practice developed into the tradition of weaving colourful ribbons around a pole, which is still observed today.