You are Here: Home » News » News Headlines » Motorists urged to be deer aware

Motorists urged to be deer aware 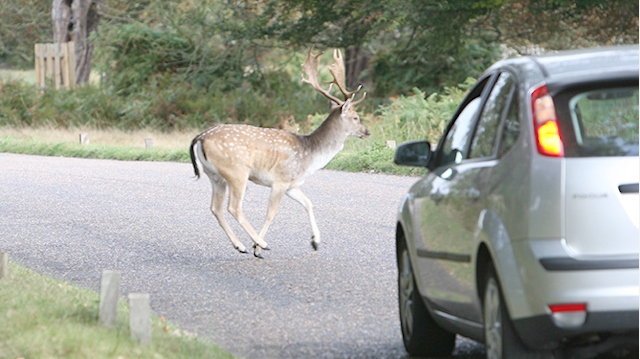 Drivers are being warned to look out for deer roaming on to the country’s roads and posing risks to road users.

Deer travel between green corridors, often by rivers or across moorland or through woodland, crossing roads as they go, and can be seen at various locations across the borough.

At this time of year, deer collisions peak as many of the animals cross roads seeking new territories.

Figures collated from various studies suggest at least there could be some 400 people injured in deer-related collisions each year, and potentially around 20 people killed.

The highest risk of collisions is between sunset and midnight, and the hours shortly before and after sunrise.

The Deer Initiative and Highways England have teamed up to give advice to drivers.

Leonardo Gubert, Senior Ecologist at Highways England, the Government company responsible for motorways and major A roads, said: “Sadly, the outcome of a collision involving a deer can be much more catastrophic than vehicle damage or injury to the animal.

“You may be well-travelled and on a well-known route without a previous sighting, but there may be deer hidden in nearby foliage or woodlands and some species of deer can gather often in large groups; you may have seen one and avoided it but others may follow and unexpectedly dart out into the roadway.

“We want everyone travelling on our roads to reach their destination safely and with as many as 1.5 million wild deer living across Britain it is vital for drivers to be aware of their presence, to be extra vigilant, especially at this time of year when deer are on the move, and to follow our advice.”