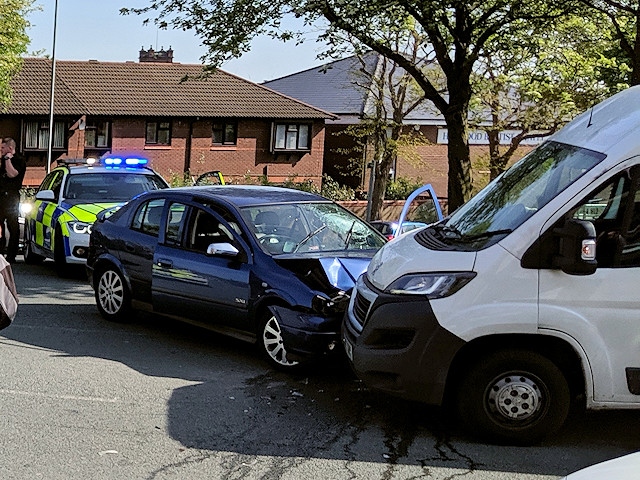 A driver has been arrested after he collided with a van following a short police pursuit in Rochdale.

Shortly after 9.30am on Tuesday 14 May, police routinely patrolling Daventry Road in Kirkholt, Rochdale, gestured for a man in a blue Vauxhall Astra to stop.

Instead of stopping the driver made off and police engaged in a short pursuit.

The car continued into Heywood and unfortunately collided with a Peugeot Boxer van on the junction of Rochdale Road and Manchester Street.

The driver of the van, a 39-year-old man was taken to hospital as a precaution.

An 22-year old man was arrested on suspicion of driving while under the influence of drugs, dangerous driving and two incidents of theft.