North West Air Ambulance Charity asking the public, to raise a mug in honour of its life-saving crew, as it launches Brew with the Crew

In celebration of its 20th birthday this May, the North West Air Ambulance Charity (NWAA) is asking the public to raise a mug in honour of its life-saving crew, as it launches Brew with the Crew.

The campaign, running over the next few months, will bring the people together over tea, coffee and cake, to keep its air ambulance crews in the sky.

Back at their Blackpool and Barton base, the charity’s crew miss an approximate 6,782 brews each year due to mission call outs. Sometimes no sooner than the kettle is on, the crew are called out to reach critically injured patients across all corners of the North West, from Stoke to Carlisle.

So as the crew save lives whilst their teas and coffees cool, NWAA urges people to brew up. 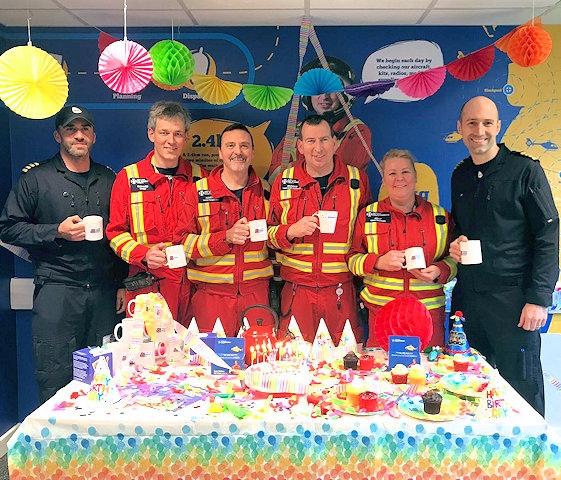 By hosting your own event, you can thank your local helicopter heroes and raise vital funds over cake and a cuppa. This could be with a party at your local community centre, inviting friends’ round for a brew or even just by bringing a tray of cakes in to the office and raising donations. All money raised will go towards making a life-saving impact in the North West.

Andy Duncan, Lead Helicopter Emergency Medical Service (HEMS) Paramedic at the charity, said: “To be able to celebrate our 20th birthday is testament to the fantastic support of our amazing fundraisers and volunteers. As an organisation which is entirely dependent on charitable contributions, we quite literally couldn’t do it without them.

“It’s a bit of a running joke amongst our crew that as soon as we click the kettle on, that’s when we always seem to get a mission call-out! There’s never any delay though – we’re straight onto the aircraft, getting to where our patients are as soon as possible.”

Just £9 can fuel one of NWAA’s three helicopters for one minute of a mission.

A donation of £25 can buy a warming blanket to maintain the body temperature of a severe trauma patient, and £650 can provide a specialist stretcher to ensure that patients with neck or spinal injuries can be transported to hospital safely.

No matter how big or small your donation is, you will be helping to save a life.

“Our goal is to bring the whole North West together over tea, coffee, cake and sandwiches.”

To receive your free fundraising pack, complete with games, recipes, bunting and much more: