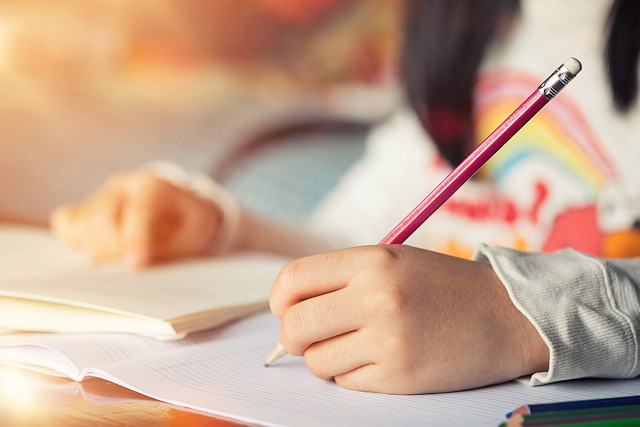 A primary school head teacher has been banned from teaching for cheating in Key Stage Two SATs.

A Teacher Regulation Agency misconduct panel has ruled that Mrs Earl was found to have instructed her staff to engage in “maladministration” of the year six exams between 9 May and 12 May 2016.

The outcome of the April hearing was released on Wednesday (15 May 2019).

Mrs Earl denied the allegations against her, but did not give evidence at the hearing.

On 16 May 2016, the Standards and Testing Agency received an allegation that Lowerplace pupils had been ‘over-aided’ in their SATs. Mrs Earl was suspended three days later, pending a disciplinary investigation.

All of the school’s Key Stage Two SATs results were annulled by the Standards and Testing Agency in June 2016.

According to the evidence, Mrs Earl drew up lists of groups of pupils and highlighted children to ‘target’ during the forthcoming exams.

The panel was presented with copies of the lists and noted that they were prepared based on the ability of pupils in individual subjects so that different borderline pupils were highlighted for different subjects. The panel did not, therefore, accept Mrs Earl's assertion that the targeted children were those with concentration and behaviour issues.

The lists identified the classroom in which each group of pupils would be located and the initials of the staff members who would be in each room.

A local authority moderator arrived at the school on the day of the reading test to check that the school was following the correct exam guidance.

The panel noted that when the moderator was present, the test papers were opened in the area outside the classrooms and distributed to children immediately, but on subsequent days, the papers were opened against the rules in Mrs Earl's office some time before the distribution of the papers.

After the English reading test papers had been collected, Mrs Earl is alleged to have stated: “Expect our reading results to take a nose-dive this year, so we need to make sure that the other results do not do the same… We have been moderated now so we will be left alone for the rest of the tests.”

On the morning of the first English spelling, punctuation and grammar paper (‘SPaG’ test), two of the teachers said Mrs Earl had opened the papers in her office before the start of the test and began to complete it.

The administration instructions accompanying the test papers state: 'This pack must be kept secure and unopened until the start of the test on Tuesday 10 May 2016. Early opening up to 1 hour before the test starts is permissible only if access to the contents is needed to make adaptations to meet individual pupils' needs'.

During the exam, pupils were given extra time: there was no clock in the room and no start and finish times were displayed.

Two of the teachers – Mrs Yates and Ms Marsh – said they were instructed by the head teacher that if a pupil made a mistake, they should ask them to ‘read the question carefully’ or to ‘just check that one’.

Mrs Yates and Ms Marsh also stated that Mrs Earl came back into the room at the end of the allotted time and instructed that they give extra time.

Mrs Yates stated, during the break time, she was summoned to Mrs Earl's office where Mrs Bolton and Ms Honeyman were present and was told by Mrs Earl to 'go and get' a pupil 'and give him extra time as his answers are shocking'.

Mrs Bolton said in her evidence that Mrs Yates was made to take the pupil concerned to the library as Mrs Earl said that 'he had to pass'.

Ms Honeyman also said that Mrs Earl read the more challenging words in the spelling test phonetically, despite administration guidance saying: ‘You should take care not to overemphasise spelling when reading out the words.'

Ms Honeyman said she 'helped the children by repeating the word to the children one to one for those children who were behind. Most children, because of the way [Mrs Earl] read the spellings, did not require any support'.

On the day of the maths exam, Mrs Earl was once again seen to open and write answers on one of the papers. The panel said it was 'satisfied that the writing of answers on the test papers was for the purpose of assisting the pupils'.

According to the evidence, one of the 'teacher copies' was missing and it was feared the paper might have been handed out to one of the pupils. Witnesses claimed Ms Honeyman came into the room and said: “Stop. Nobody touch anything. Someone has got the golden ticket.”

Mrs Bolton stated on the day of the third maths paper, that the test paper was opened in Mrs Earl's room in advance of the test and answers were completed before the test started. Mrs Bolton also said that, during this test, there were no clocks or timings visible and that the test went on for longer than the allotted time.

After the school was informed that an STA fact-finding exercise would take place, the four teachers said they were called to a meeting with Mrs Earl, who gave them a list of timings as to when the tests had taken place, although she later told the staff not to use those timings as they looked too prescribed.

During the disciplinary investigation led by Rochdale Borough Council, Mrs Earl had asserted that the Local Authority's investigation had been biased against her and 'motivated by racial discrimination'.

Rochdale Borough Council confirmed to Rochdale Online this was "unfounded after considerable investigation."

The panel found she had engaged in 'unacceptable professional conduct and conduct that may bring the profession into disrepute' and 'bullied or intimidated some members of staff'.

It recommended she should be banned from the teaching without provision for a review period, which was confirmed by the education secretary’s representative.

The panel found the teachers were guilty of unacceptable professional conduct but were not banned.

Gail Hopper, director of children’s services at Rochdale Borough Council, said: “We have a duty to ensure that all tests in schools are carried out to a required standard. We take a very clear line on maladministration and for this reason we have robust processes in place.

"Once concerns around the maladministration of SATs at Lowerplace Primary School were raised in 2016 we took swift action. This included investigating concerns and providing interim Leadership in order to minimise the disruption to school.

"The Local Authority have supported the Governing Board in managing the maladministration issue and appointing a new Headteacher who leads and new Senior Leadership Team at the school."

None of the teachers have worked at Lowerplace since the suspension in 2016.